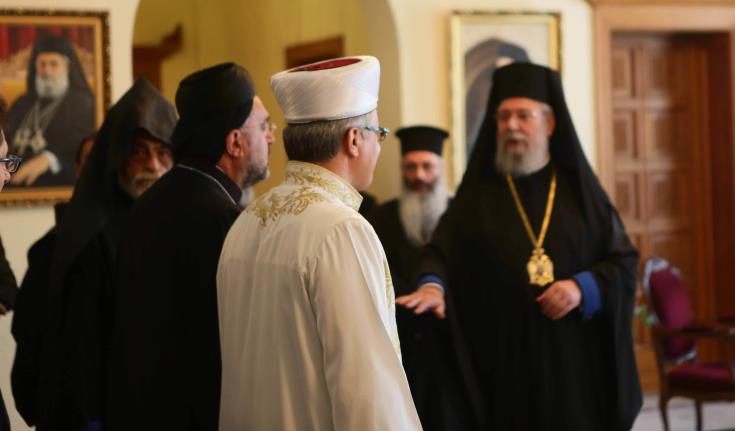 The religious leaders of Cyprus have welcomed tomorrow’s meeting between Cyprus President Nicos Anastasiades and Turkish Cypriot leader Mustafa Akinci, noting that genuine dialogue can remove perceived as well as real obstacles and provide hope in situations of despair.

A statement from the Office of the Religious Track of the Cyprus Peace Process (RTCYPP) said that the religious leaders of Cyprus, gathered together on October 22 under the auspices of the Embassy of Sweden and wholeheartedly welcome the upcoming meeting between the two leaders.

It also noted that “the religious leaders of Cyprus, working together uninterrupted for almost nine years, have done their utmost to walk side by side the political leaders of Cyprus as well as all those in civil society who are striving for a peaceful end of the current status quo.”

“The RTCYPP supports dialogue for a comprehensive settlement and encourages all peacebuilding efforts that will create confidence where there is mistrust, healing where these is pain, unity where there is division and love where there is hatred,” the statement added.

“The religious leaders call on their respective communities of faith to pray for a successful resumption of the Cyprus peace talks for a viable and just solution,” it concluded.