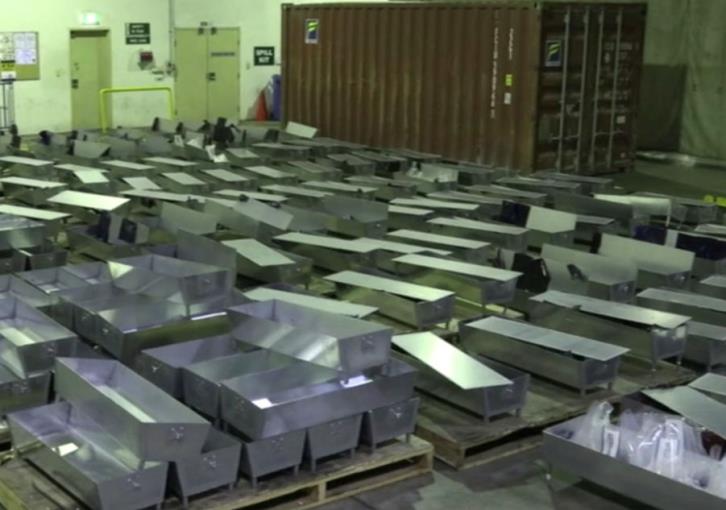 A Cyprus registered company appears to bee behind a massive haul of 645 kilos of ecstasy imported into Australia hidden in hundreds of aluminum barbecues,  the head of Cyprus’ anti narcotics squad Glykerios Leontiou said on Wednesday, without naming it.

He added that there are strong indications under examination that a criminal case can also be made against Cypriots.

Speaking to Radio Active, he said that an international drug smuggling ring appears to be involved.

The case is being investigated by Australian police. Cyprus’ police’s contribution is to provide assistance. Cypriot officers have carried out investigations and searches and the findings sent to investigators in Australia to evaluate and build up the case.

The two police forces are in communication as to the next steps, he added.

The Australian Border Force (ABF) has charged a 30-year-old man from Queensland and a 33-year-old Canadian national over their involvement in the criminal enterprise.

At well over half a tonne, the haul of MDMA, commonly known as ecstasy, is the biggest shipment by weight seized in Australia this year.

The case began in July when police in the Cyprus Drug Law Enforcement Unit tipped off ABF counterparts about a potential large shipment of MDMA, commonly known as ecstasy, in a container shipping from Limassol and bound for Sydney. The investigation also involved the United Kingdom National Crime Agency, the ABF said.

On searching the container, the police found 200 aluminum barbecues, many with false base plates concealing multiple packages of the drug.

By In Cyprus
Previous articleCyprus to nominate ECHR for this year’s Nobel peace prize
Next articleLarnaca: 10 years in prison for 17.7 kilos of cannabis