Cyprus ready and willing to act as “safe transfer hub” in the Middle East, FM says 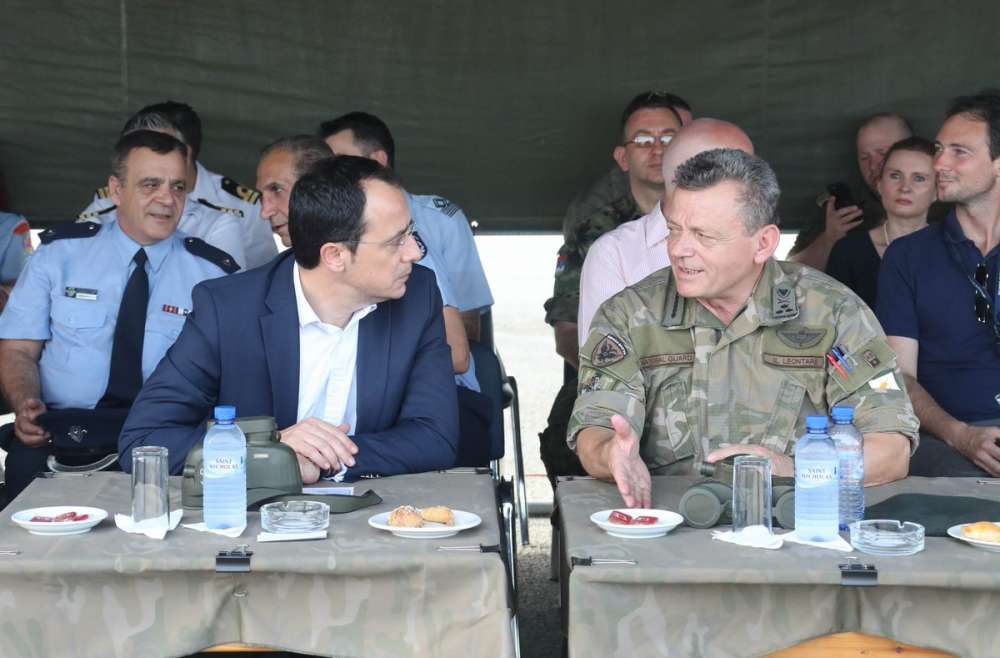 The Government of the Republic of Cyprus is willing and ready to assume a responsibility of a safe transfer hub in the complex region of the Middle East, Minister of Foreign Affairs Nikos Christodoulides.

Addressing the final phase of the multinational exercise Argonaut/ESTIA in the Larnaca Port, Christodoulides said the increased interest is not just the result of the high level of the exercise and its importance, but also demonstrates “the realization of the deep challenges and complexities that characterize the greater Middle East, which render it imperative to jointly intensify our vigilance and preparedness.”

“Cyprus, due to its geographical position, has an important role to play as a ‘safe transfer hub’,” he said, adding “the government of the Republic of Cyprus is willing and ready to assume this responsibility to secure the interests of our close partners and for the benefit of the international community.”

Christodoulides said the two-day table-top exercise, coordinating the procedures of the National Plan ESTIA and of the Non-Combatant Evacuation Operations Coordination Group (also known as NEO), which presently comprises 19 member nations, plus the EEAS, aims to test and improve preparedness in a non-crisis environment.

The Cypriot Minister also recalled that thirteen years ago, Cyprus was used for the first time as a “safe haven” for an evacuation operation of civilians during the Lebanon crisis of 2006, adding that while there was no actual contingency plan at that time, the services of the Republic of Cyprus, responded timely and effectively to tackle the influx of nearly 60,000 civilian evacuees, gaining the trust and appreciation of international partners.

“This accumulated experience of collaboration and coordination was codified in the ‘ESTIA National Action Plan’” he added.

“We believe that contingency planning is not supposed to remain in dark drawers. It must be scrutinized and further improved through drills and joint brainstorming,” he went on, adding that this is the prime purpose of Argonaut exercise: to test, assess and improve existing action plans in order to be ready for a real emergency. Being fully prepared is half the way to a successful operation, which at times of crisis, can save human lives and alleviate the pain for those suffering.