Cyprus re-elected as Member of the IMO Council 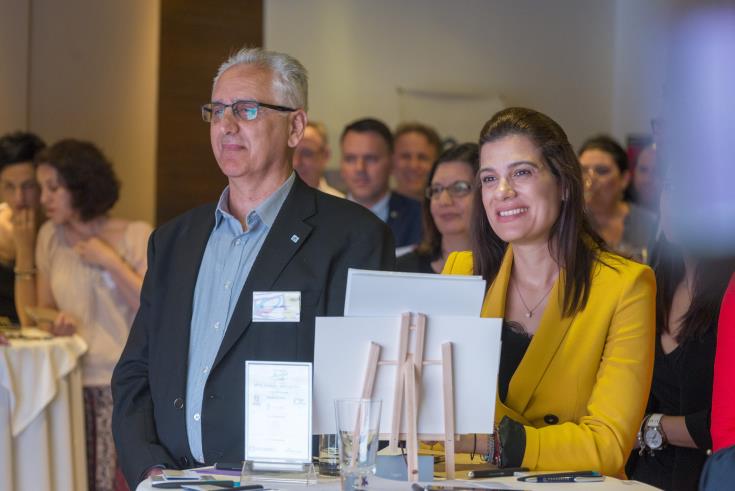 Cyprus was re-elected on Friday as a Member of the International Maritime Organisation (IMO) Council for the 2020-2021 biennium, following a vote at the 31st IMO General Assembly, in London.

According to an announcement by the Shipping Deputy Ministry, Cyprus was among the 20 candidates for re-election in category C and received 140 votes, ranking 4th. A total of 165 countries were voting. Cyprus was elected in 1987 for the first time as a Member of the IMO Council and is being re-elected ever since in category C.

The 20 states elected in category C, and which are not eligible under Category A or B, are those which have special interests in maritime transport or navigation and whose election to the Council will ensure the representation of all major geographic areas of the world.

The Shipping Deputy Ministry announcement says that for the past 10 years, Cyprus is able to secure its re-election and rank among the top five, due to intense efforts before and during the IMO General Assembly. The candidacy of Cyprus receives over 80% of the backing of member states, it is added.

The participation of Cyprus at the IMO Council is deemed as particularly important, as it provides the opportunity to take part in the decision-making process that affects shipping, and enhances Cyprus’ image as a global maritime power, the announcement adds.

Addressing the IMO General Assembly, Natasa Pilides, the Shipping Deputy Minister, referred to the importance of the shipping industry for Cyprus and outlined the actions that are being undertaken to further support and develop the sector on a global scale.

She also underlined Cyprus’ commitment to continue its important contribution to the work of IMO, building on its longstanding policy to act as a bridge between developed and developing countries.

Pilides and the Cyprus delegation also had bilateral meetings with the competent Ministers from France, Georgia, Estonia, Malaysia and Panama to discuss maritime issues of mutual interest.

The Cyprus Shipping Chamber (CSC) congratulated the Cyprus Maritime Administration and particularly, the Shipping Deputy Ministry “for achieving this very important election for Cyprus Shipping, since it proves the international recognition Cyprus has as a leading maritime center.”

At the same time, the re-election of Cyprus to the International Maritime Organisation, which is the responsible body for determining the global shipping policy and legislation, is very important as in this way, Cyprus will continue to be able to contribute actively in the drafting of International Shipping policy, as well as to promote the interests of Cyprus Shipping globally, the CSC announcement concludes.