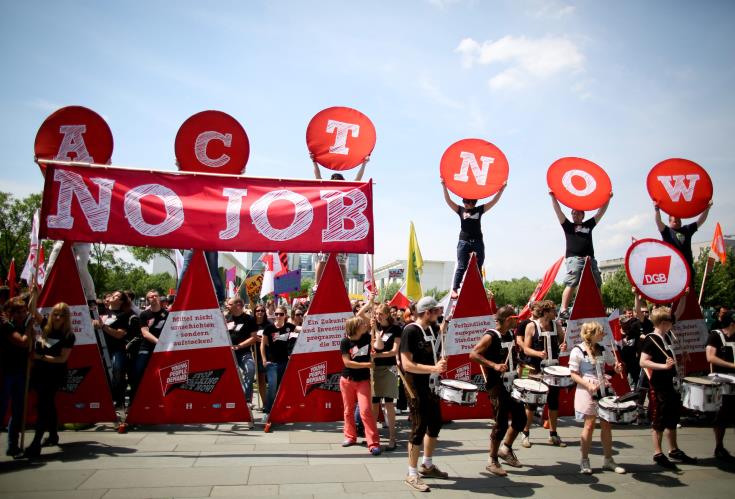 Cyprus is ranked 18th on the 2020 Global Youth Development Index which measures the status of young people in 181 countries around the world, released by the Commonwealth Secretariat on Wednesday.

Cyprus that according to the Index has very high youth development, ranks 41st in education, 22nd  in employment and opportunity, 28th  in equality and inclusion, 16th in health and wellbeing, 41st in peace and security and 88th in Political and Civil participation rank.

The index further reveals that the conditions of young people have improved around the world by 3.1 per cent between 2010 and 2018, but progress remains slow.

The Commonwealth Secretariat triennial rankings of youth development in 181 countries, also shows that 156 of them recorded at least slight improvements in their scores.

While the data used in the index pre-dates COVID-19, the report highlights the positive trajectory of youth development which the virus could reverse for the first time unless urgent action is taken to secure the pre-pandemic gains.

The index ranks countries between 0.00 (lowest) and 1.00 (highest) according to the developments in youth education, employment, health, equality and inclusion, peace and security, and political and civic participation. It looks at 27 indicators including literacy and voting to showcase the state of the world’s 1.8 billion people between the age of 15 and 29.

Afghanistan, India, Russia, Ethiopia and Burkina Faso were the top five improvers, advancing their score, on average, by 15.74 per cent. On the other hand, Syria, Ukraine, Libya, Jordan and Lebanon showed the greatest decline in youth development between 2010 and 2018.

Overall, the index shows advances in youth’s participation in peace processes and their education, employment, inclusion and health care since 2010.

Health made the largest gains of 4.39 per cent driven by a 1.6 per cent decline in global youth mortality rates and a 2 per cent drop in each HIV, self-harm, alcohol abuse and tobacco use. Sub-Saharan Africa made the greatest strides in improving the health of young people.

Levels of underemployed youth and those not in school, training or work remained constant. Advances in equality and inclusion are led by improved gender parity in literacy as well as fewer child marriage cases and pregnancies in girls under 20. Yet no progress occurred in women’s safety.

The global education score increased by 3 per cent, with South Asia making the largest improvement of 16 per cent followed by sub-Saharan Africa with 10 per cent. Peace and security improved by 3.41 per cent, resulting from fewer young people dying from direct violence. Somalia recorded the largest gains in the peace and security of young people, followed by Colombia, Sri Lanka, Eritrea and Russia.

Youth participation in politics is the only domain to record a decline in most parts of the world, reporting a deterioration in 102 countries. However, sub-Saharan Africa recorded a 5 per cent improvement in the average regional score.

Globally, Sweden leads on education, Luxembourg on equality and inclusion, Indonesia on political and civic participation while Singapore tops the employment, health, and peace and security domains.

Among its recommendations, the index calls for more investment in lifelong digital skilling of young people, mental health services, apprenticeships, road safety and youth participation in decision-making to reverse trends which adversely impact them.

It further urges governments to improve data collection on education and diversify how they measure digital skills and online engagement of youth.