Cyprus Rally gets underway with a ceremonial start in Larnaca 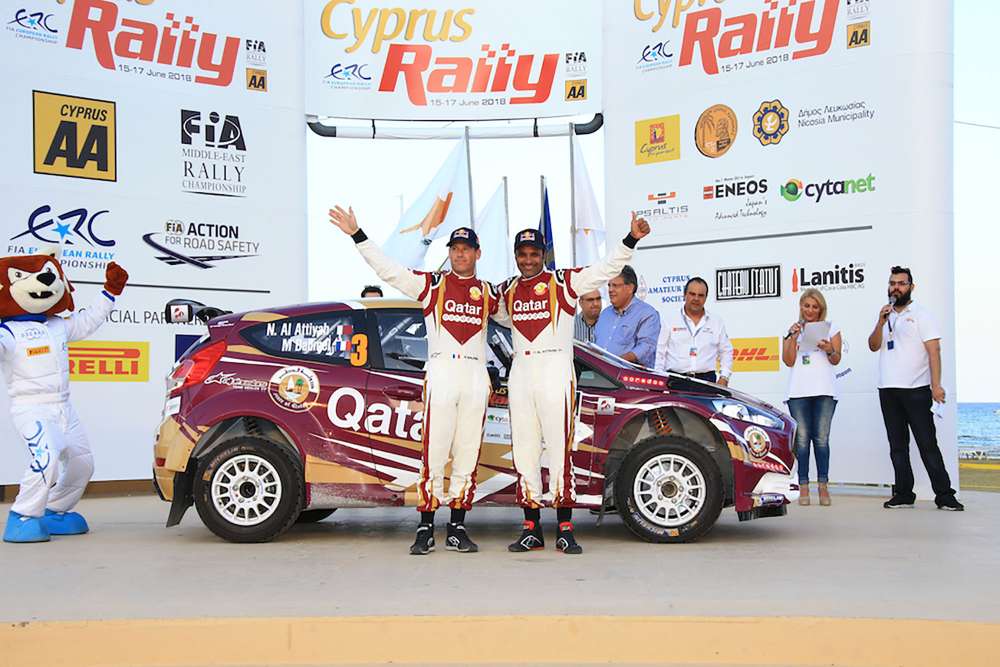 The 2018 Cyprus Rally got underway with 47 crews getting off the starting ramp in the ceremonial start in the picturesque promenade of Larnaca.

Slottting in as round four of the European Rally Championship (ERC) and round two of the FIA Middle Rally Championship (MERC), this year’s Cyprus Rally is expected to be even more spectacular, as the ERC leaders will push their claim for the title which remains up for grabs.

ERC standings leader and 2016 Cyprus Rally winner Alexey Lukyanuc on board a Ford Fiesta R5 and Bruno Magalhaes driving a Skoda Fabia R5 who trails the Russian will go head to head in the challenging Cypriot gravel for the ERC top honours. However, Nasser Al Attiyah, the Cyprus Rally’s heavyweight with five victories, is ready to pounce for the top spot.

The shootout begins on Saturday morning, with six special stages (three in the morning, which are to be repeated in the afternoon) with a total length of 91.12 km. The first stage, the longest of the day (19.87 km) will take place in Kelia while the second is in Analiontas with a length of 14.41 km. The third stage totaling 11.28 km of mixed surface will take place in Stavrovouni. After completing the day’s first three special stages, the crews will head to the service area and will proceed for the day’s second loop. Stage fie (Analiontas 2) will bear the name of “Giorgos Kyprianou”, in memory of the young rally enthusiast and son of the Cyprus Rally champion, Kypros Kyprianou

By In Cyprus
Previous articleGreece, FYROM to sign name change accord June 17
Next articleUpdated: Man held in Paphos for sexually harassing teen girl