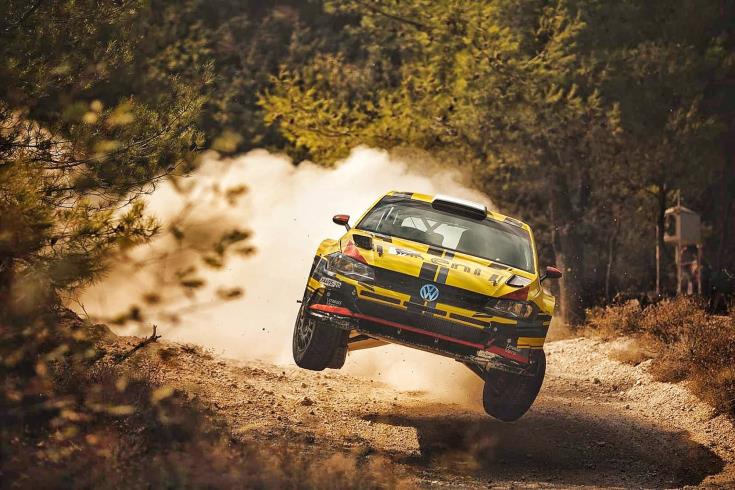 With 32 crews from 8 countries participating, the 49th International Cyprus Rally begins on Friday, 4th round of the Middle East Rally Championship (MERC) and the 4th & 5th rounds of the Pancyprian Rally Championship (each day will count as a separate round for the local championship).

The start ceremony will take place at 19:00 local time on Friday (24/09) at Eleftheria Square in Nicosia, the same area which will also host on Sunday (26/9) the finish ceremony, at 18:00 local time. Two decades have passed since the last time Eleftheria square, at the centre of the capital, has played host to our national rally.

Cyprus Rally record holder Qatar’s Nasser Al Attiyah, who has won the event 7 times (three in the last four years), will start with the No1 on the doors of his Volkswagen Polo GTi. The Qatari driver is a 17-time Middle East champion, a feat he wants to expand as he is ahead in this year`s championship with two wins in three races. Following Cyprus, the championship will head to Kuwait and then Oman.

The dominance of the Arab driver is threatened by the Cypriot champion Simos Galatariotis and the leader of this year`s Ηellenic Championship Alexandros Tsouloftas who both also drive a Volkswagen Polo GTi. Petros Panteli (Citroen DS3) and Panagiotis Yiangou (Hyundai i20), as well as the drivers from Oman Abdullah Al Rawahi (Ford Fiesta) and Hamed Al Wahaibi (Skoda Fabia), enter the race with high ambitions. Costas Zenonos (Citroen DS3) and Christos Demosthenous (Skoda Fabia) are also aiming for a top finish.

The event covers a total distance of 665.94km with 180.92km comprising the 12 gravel special stages. Following many years as a mixed surface rally, this year’s Cyprus Rally will be competed entirely on gravel.

On Saturday (25/09) three special stages will take in the morning, all of which will be repeated in the afternoon, after the noon service in Aglantzia. Another six stages will take place on Sunday (26/09). It is noted that due to the protection measures against COVID-19, the access of spectators and non-accredited persons to the following points is prohibited for Start & Finish Ceremonies Areas, Service Park and Special Stage Start & Finish Points.

By gavriella
Previous articleBishop of Morphou refuses to wear mask, stays out of court
Next article109 new cases of COVID-19, no deaths on Friday