Cyprus President underlines political will for the resumption of Cyprus talks 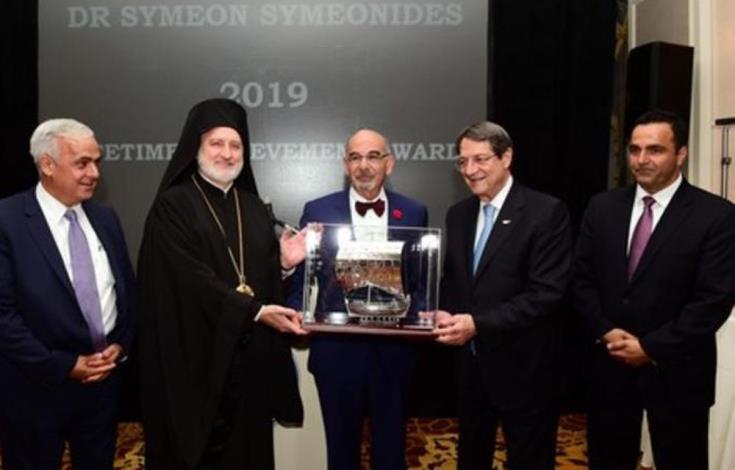 President of Cyprus Nicos Anastasiades expressed on Thursday the political will and determination of the Greek Cypriot side in creating the conditions for a creative dialogue with regard to a Cyprus settlement, through a new initiative.

The President was addressing the annual dinner of the Federation of Cypriot American Organizations, on Thursday, which was also attended by Greek Foreign Minister Nikos Dendias and Archbishop Elpidophoros of America. Symeon Symeonides, Dean Emeritus at the Willamette University College of Law and lawyer Peter Kakoyiannis, were honored during the event.

President Anastasiades said that with regards to a Cyprus settlement the Greek Cypriot side aims at nothing less than what all free-thinking men seek. “We don’t advocate human rights only for Greek Cypriots, but also for Turkish Cypriots. We want peace, stability, welfare and justice to finally prevail” he added.

The state we want to create should be truly independent, without guarantors or occupation troops, the President went on.

He also referred to Turkish violations of the sovereign rights of the Republic of Cyprus in its exclusive economic zone, while Ankara threatens to open the fenced-off city of Famagusta for settlement, disregarding UN resolutions.

Addressing the Greek Foreign Minister, President Anastasiades said that there is an excellent cooperation with the government of Greek Premier Kyriakos Mitsotakis, and added that during their various contacts in New York, the Cyprus and Greek governments strived jointly and had a common goal.

Finally, the President assured those present that he will do his outmost in order to see Cyprus reunite.

In his address, Dendias said that the quick resumption and successful conclusion of settlement talks was one of his government’s top priorities. This was the message conveyed by Prime Minister Mitsotakis to all his interlocutors on the margins of the 74th session of the UN General Assembly, he added.

In particular, he said that reaching a mutually acceptable, just, viable and comprehensive solution to the Cyprus problem, on the basis in UN Security Council resolutions and in line with EU acquis, remains a priority.

Referring to Turkish provocations in the Eastern Mediterranean and in Varosha, the Foreign Minister of Greece said that Athens is well aware of this “dangerous and illegal behavior of Turkey” as a similar situation unfolds in the Aegean. “We deem Turkey’s behavior totally and absolutely unacceptable” Dendias noted.

Cyprus has been divided since 1974, when Turkish troops invaded and occupied 37% of its territory. Turkey has ignored numerous UN resolutions calling for the withdrawal of the Turkish troops and respect of the integrity and sovereignty of the Republic of Cyprus. Repeated rounds of UN-led peace talks have so far failed to yield results. The last round of negotiations, in the summer of 2017, at the Swiss resort of Crans-Montana ended inconclusively.