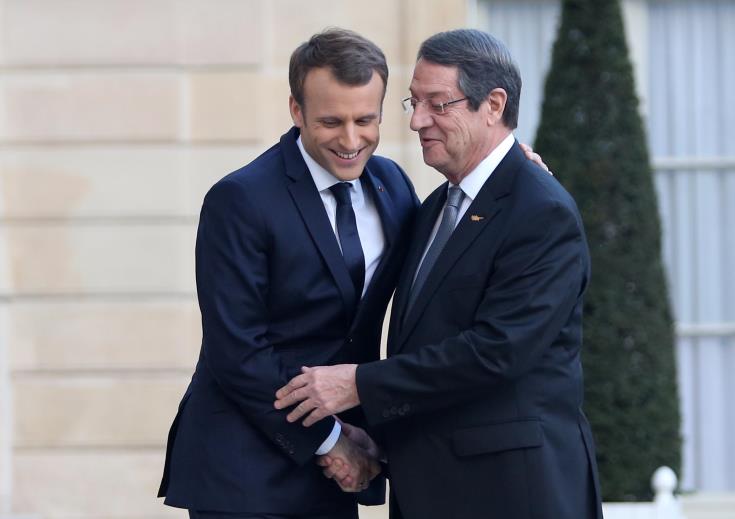 Cyprus President Nicos Anastasiades has accepted an invitation by French counterpart Emmanuel Macron to visit Paris next week, it was officially announced on Saturday.

In a written statement, Government Spokesperson Kyriacos Koushos says that during his visit in Paris, the two state leaders will hold talks on matters which are high on the EU agenda. As well as talks on developments in the volatile Eastern Mediterranean.

Tensions with Turkey are running high over a slew of issues, including a standoff with France and Ankara’s disputes with Greece and Cyprus over the illegal exploitation of natural resources in the eastern Mediterranean region.

The exact date of Anastasiades’ visit to Paris will be announced later, the statement added.