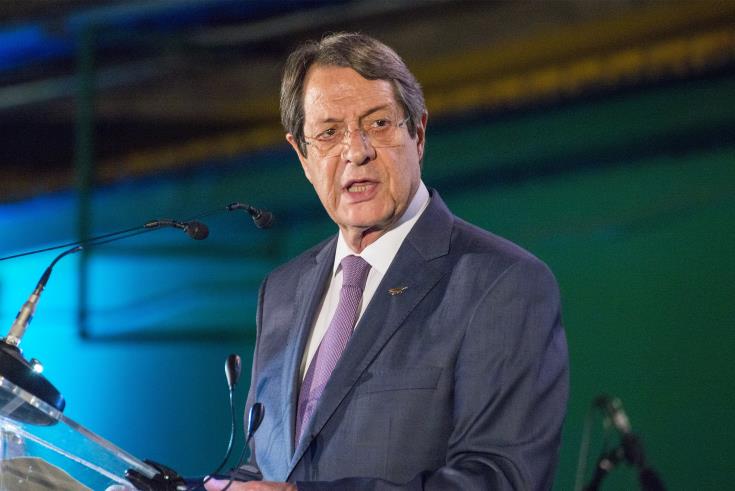 Cyprus President, Nicos Anastasiades, will hold next week in New York meetings, inter alia, with the Foreign Ministers of Russia and China, CNA has learned.

The President will be in New York next week to attend the UN General Assembly, which he will address on September 26. As has already been announced, Anastasiades’ will also meet with the UN Secretary General Antonio Gutteres. Their meeting has been scheduled for September 27, while the President will also attend the UN Climate Action Summit 2019 convened by the UN Secretary General.

Moreover, he will have a meeting with the Archbishop of America Elpidophoros and will attend a dinner hosted in his honour by the Federation of Cypriot American Organizations.

President Anastasiades and his entourage will leave Cyprus on Saturday, September 21, for New York, where they will travel via London. On Saturday he will deliver a speech during a dinner hosted in the British capital by the National Federation of Cypriots in the UK.

The President and his aides will leave New York to return to Cyprus on September 28.