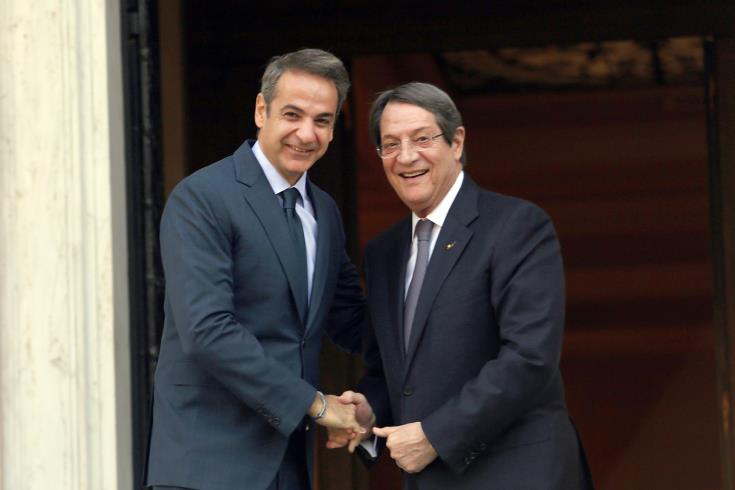 Cyprus President, Nicos Anastasiades, will hold bilateral meetings with the Prime Minister of Greece, Kyriakos Mitsotakis, and the Prime Minister of Israel, Benjamin Netanyahu, on January 2 in Athens, where the three leaders will sign, on the same day, at the Zappeion Hall, the intergovernmental agreement for the EastMed pipeline project.

Government Spokesman Kyriakos Koushos has told the Cyprus News Agency (CNA) that the Cyprus problem, the current state of affairs in the Eastern Mediterranean, and developments in light of the signing of the MoU between Turkey and Libya for the delimitation of maritime zones in between them will be, among other issues, on the agenda of Anastasiades’ bilateral meetings with the Prime Ministers of Greece and Israel.

Prior to the signing of the intergovernmental agreement that will take place late on Thursday afternoon, the three leaders will hold a joint meeting to discuss issues concerning the trilateral cooperation among Cyprus, Greece and Israel.

President Anastasiades will be accompanied to Athens by Energy Minister, Yiorgos Lakkotrypis, the Government Spokesman and state officers.

By In Cyprus
Previous articleBreak-in, robbery in Yeroskipou: Cash and jewellery stolen
Next article“Estia” applications accepted even if incomplete, Finance Ministry says