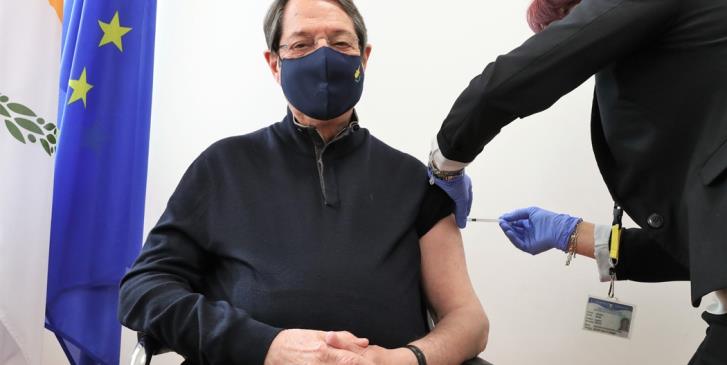 Cyprus President Nicos Anastasiades got vaccinated against Covid-19 live on television early on Monday, hours only after the Mediterranean island started its inoculation process.

Describing the vaccine a “gift of life”, the President said he was happy because there is hope the end of the pandemic which has turned everyone’s life upside down is coming to an end.

He then thanked the scientists for the discovery of the vaccine, the doctors, the nurses and all those who stood in the front line so as to reach today’s countdown point of this invisible enemy.

At the same time, Orthodox Archbishop Chrysostomos will get vaccinated on Tuesday morning.

As part of a concerted drive across the European Union to curb the pandemic which has claimed the lives of more than 1.7 million people worldwide Cyprus began on Sunday its first vaccinations at elderly homes.

Pensioners at homes in the capital Nicosia and the towns of Larnaca and Limassol were the first to receive a shot of the two-dose vaccine, which arrived by air on Saturday.

Cyprus has reported 19,391 cases of the novel coronavirus, and 111 deaths.