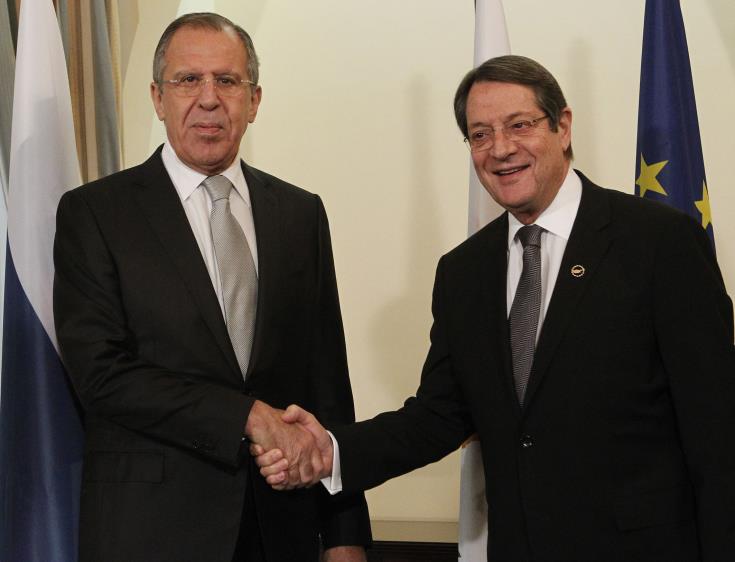 President Nicos Anastasiades has expressed his satisfaction over a meeting with Russian Foreign Minister Sergey Lavrov, on the sidelines of the UN General Assembly, noting that he has sought Russia’s help on matters to do with the Cyprus problem.

In statements to journalists after his meeting with Lavrov, President Anastasiades said that the meeting focused mainly on the Cyprus problem and the excellent bilateral relations between Cyprus and Russia which will continue.

“We have raised certain issues on which we believe Russia could contribute, such as the UNFICYP, the good relations they maintain with Turkey and the influence they can exert so that there is a change (in position) in order for progress to be observed,” he pointed out.

It was a “creative, friendly meeting with a specific agenda and I express my satisfaction over its outcomes.”

In the meantime, Anastasiades had more bilateral meetings with heads of states or governments.

In a meeting with Jordan`s King Abdullah II the close bilateral ties were confirmed and views were exchanged  on regional developments.

Bilateral relations, regional and international developments were the focus of a meeting Anastasiades had with Mauritius Prime Minister Pravind Kumar Jugnauth.

During his meetings President Anastasiades briefed his counterparts on recent developments in the Cyprus problem.

He is set to have a meeting with representatives of the American – Jewish Committee (AJC).
(Cyprus News Agency)