Cyprus President meets with Spehar ahead of dinner with Akinci 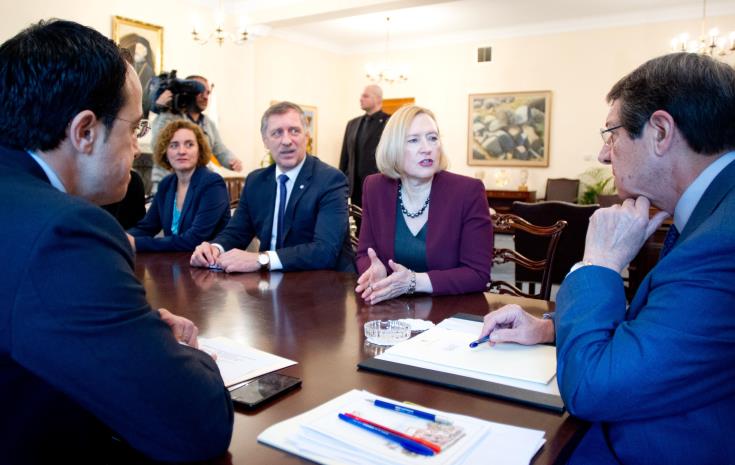 Spehar will host the dinner for President Anastasiades and Akinci on Monday at her residence in the UN-controlled buffer zone, in Nicosia. This will be the first time the two men will meet after the Crans Montana Conference on Cyprus, last summer, which ended inconclusively.

She also had a meeting with Akinci on Tuesday.

In a statement to CNA UNFICYP Spokesperson Aleem Siddique has said that “the Deputy Special Advisor looks forward to hosting the leaders for their informal meeting on the 16th of April and she will continue her contacts with both sides in preparation of this meeting.”