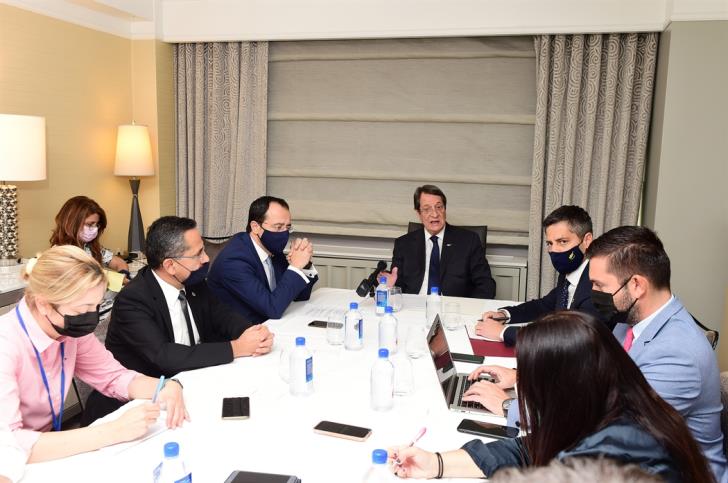 The meetings aim towards paving the way for the resumption of UN-brokered reunification talks but Anastasiades has expressed little optimism the prolonged Cyprus problem’s settlement is just around the corner.

He told reporters covering the ongoing 76th session UN General Assembly he is slightly pessimistic because the Turkish Cypriot side continues to insist on its unacceptable demand for sovereign equality and a two-state solution.

And this leaves no room for optimism since the divided island’s should be based on the UN resolutions and high -level agreements on Cyprus. These provide for a bi-communal bi-zonal federal state.

Anastasiades also said that he had written to Guterres on August 30, expressing his readiness and decisiveness in meeting the Secretary-General and Tatar.

Such a meeting, he added, will provide the opportunity to develop his position which may help – if there is goodwill from the other side – to restart a constructive dialogue which will lead to a solution to the Cyprus problem.

By Annie Charalambous
Previous articleCovid-19 vaccine skeptic Bolsonaro gets a pass at U.N. but not New York restaurants
Next articleSupreme Court paves the way for electronic justice in Cyprus