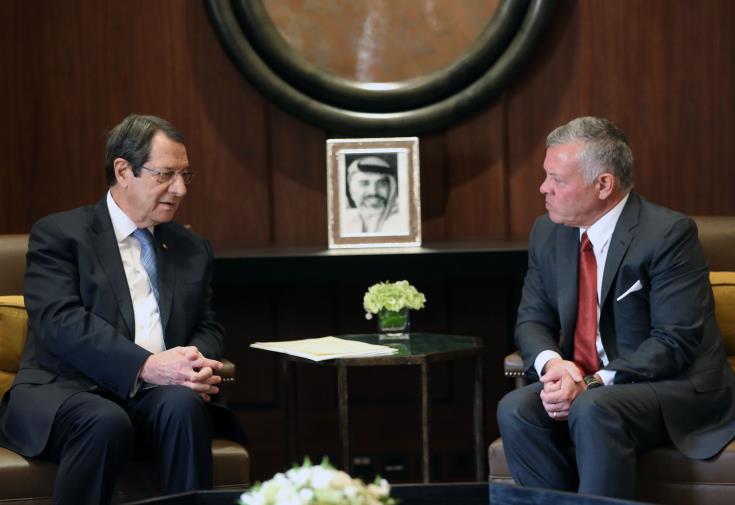 Cyprus President, Nicos Anastasiades, had on Monday a long telephone conversation with the King Abdullah II of Jordan whom he briefed on the latest developments and the dangers created due to Turkey’s everyday provocations and the memorandum of understanding signed between Turkey and Libya, aiming at the delimitation of maritime zones in between them.

Government Spokesman Kyriakos Koushos said in a written statement that King Abdullah II told President Anastasiades that he follows the developments closely and reiterated his full support towards Cyprus, as well as his will for close cooperation and for further joint action with a view to achieve peace, stability and security in the region.

Moreover, he said that President Anastasiades and the King of Jordan exchanged wishes for the new year and agreed to keep in touch.

By In Cyprus
Previous articleCyprus and Greece urge countries to join them in their common partnerships for stability in the region
Next articleNicosia: 13 irregular immigrants found in Peristerona