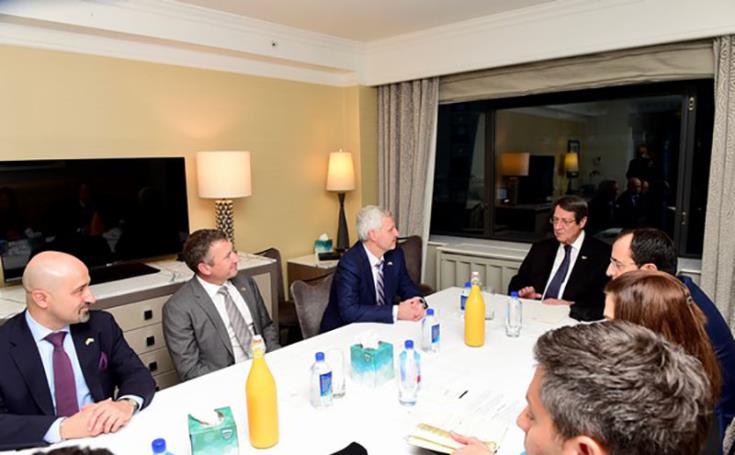 His meeting in New York was with an Exxon delegation headed by Senior Vice President Mike Cousins, according to a Presidency announcement late on Friday.

They also discussed developments in the Eastern Mediterranean as well as further actions on the part of the government of Cyprus regarding the unhampered implementation of its energy designs in Cyprus’ EEZ, the announcement added.