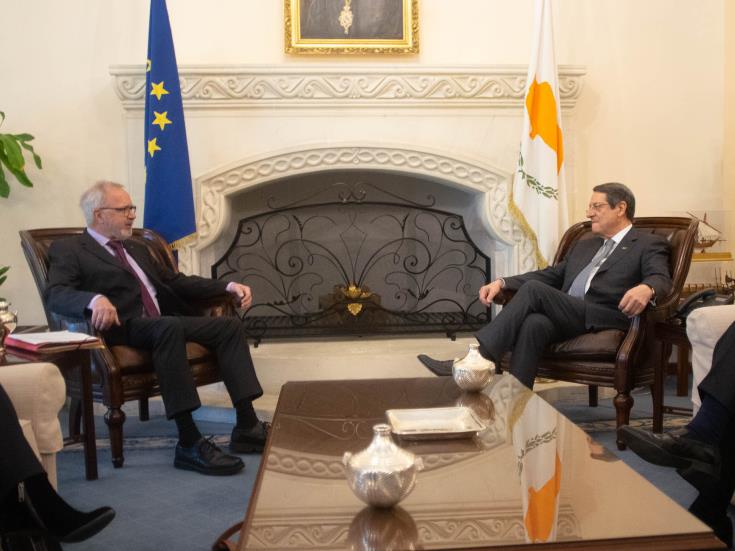 “2019 has been a particularly good year for our activities here,” the EIB President said after the meeting at the Presidential Palace.

“Last year, the EIB group provided 230 mln euros for investment in Cyprus, or 1.04% of the country’s GDP. Nowhere in the EU is this ratio higher than here in Cyprus,” he added.

And that the EIB adopted last year a new energy lending policy, with renewables and the energy efficiency sector playing a more important role for the bank’s lending practice in Cyprus.

Moreover, he said that the EIB is currently considering new support for power generation to significantly reduce dependency on oil, as well as for small businesses, climate action, high speed internet access and online financial services investment in Cyprus.

Specific projects for which Nicosia intends to secure EIB funding include the LNG terminal at Vassiliko, research and innovation projects, investment to cope with climate change and social housing projects.

The President of the EIB also said that he would visit the English School, in Nicosia, providing education to Greek Cypriot and Turkish Cypriot students, as part of the bank’s support for new investment at 213 schools across the country.