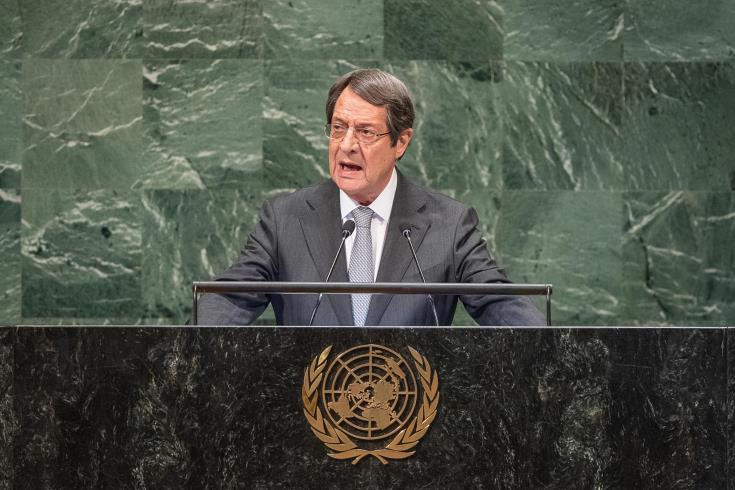 President of the Republic Nicos Anastasiades travels from Athens to New York on Saturday where he will address the 76th UN General Assembly and meet UN Secretary General Antonio Guterres. He will also hold a number of meetings with leaders and officials from countries and organisations.

A presidency press release said on Saturday that in New York he will also take part in a meeting Guterres and Turkish Cypriot leader Ersin Tatar.

The President will address the General Assembly on Friday, 24 September at 4pm Cyprus time.

FM Christodoulides will also hold a number of meetings with his counterparts on the sidelines of the visit.

President Anastasiades will give a press conference on Monday, 20 September at 1800 Cyprus time, where he will refer in detail about his meetings in New York.