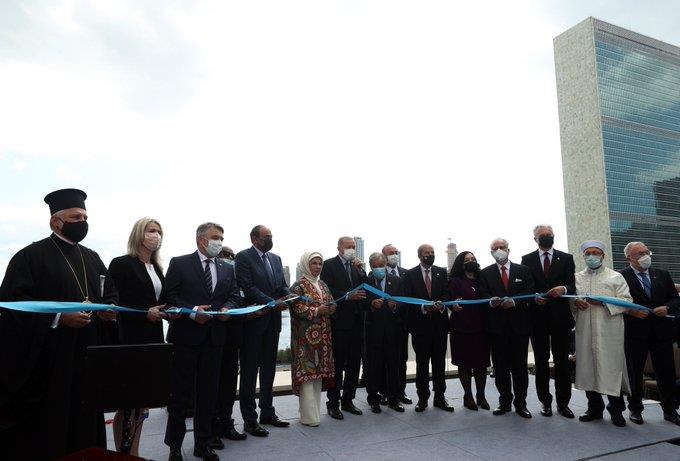 President Nicos Anastasiades on Wednesday cancelled a scheduled meeting in New York with Archbishop Elpidophoros of America whose presence at the opening of the Turkish Center there the day before raised eyebrows.

Greek Prime Minister Kyriacos Mitsotakis is also expected to cancel his scheduled meeting with the head of the Orthodox Church later on Wednesday, according to insiders.

The inauguration which was described as a ‘Turkish fiesta’ was held in the presence of President Recep Tayyip Erdogan as well as Turkish Cypriot leader Ersin Tatar.

The Archbishop of America had never informed the Cypriot and Greek heads of state over his intention to attend the ‘fiesta’, insiders told Philenews.

Both leaders are in New York for the UN General Assembly but also to lobby for the Cyprus problem and other crucial issues burdening Hellenism and whose root problem is Turkey.

As for Elpidophoros, in a note in social media after the fiesta he noted his insistence on highlighting the growing importance of the Ecumenical Patriarchate in the reopening of the Halki Theological School. And in supporting the rights of religious minorities in Turkey.