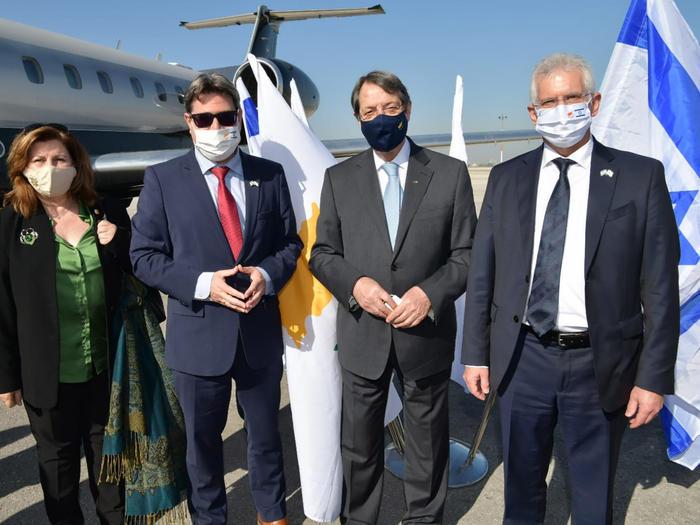 Cyprus President Nicos Anastasiades on Sunday morning kicked off a one-day  working visit to Israel with talks with his counterpart Reuven Rivli.

The President is scheduled to meet Israeli Prime Minister Benjamin Netanyahu in the afternoon, according to an official statement.

“The visit of the President of the Republic is considered to be of particularly importance,” Kyriacos Koushos also said in the written statement.

Issues of interest of the two countries will be on the agenda so as to deepen bilateral relations, he added.

Accompanying the President are the Ministers of Foreign Affairs, Defence, Energy and Tourism.

Anastasiades and Netanyahu will also attend a working dinner.

By Annie Charalambous
Previous articlePartly cloudy on Sunday, with light to moderate winds
Next articleFirst sale of NPLs package by a bank in Cyprus in 2017, others followed