Cyprus President at centennial commemoration of WWI in Paris 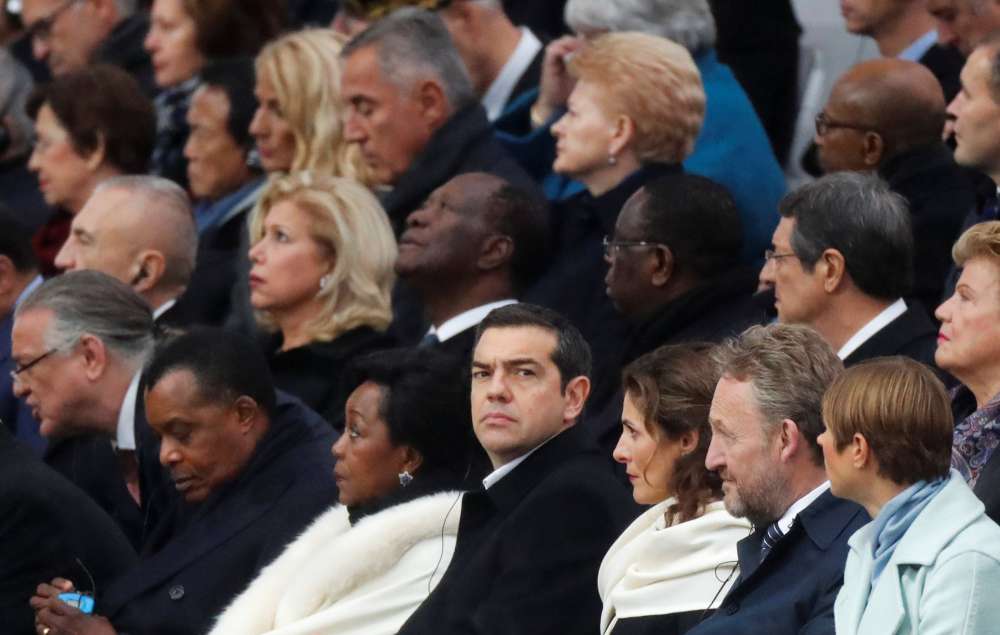 President of Cyprus Nicos Anstasiades is in Paris to attend events for the centennial commemoration of the First World War.

More than 80 heads of state and government are present at the ceremonies, after the invitation of French President Emmanuel Macron, among them US President Donald Trump, Russian President Vladimir Putin, German Chancellor Angela Merkel and Turkish President Recep Tayyip Erdogan.

President Anastasiades travelled to Paris after the conclusion of the EPP Congress in Helsinki, last Thursday. It was announced earlier that he will attend on Sunday a ceremony at the Arch of Triumph, to be addressed by President Macron.

He will also attend an official lunch at the Élysée Palace, in honour of the foreign heads of state and government.

Moreover, he will be present at the launch of the Paris Peace Forum, with keynote speakers including the Chancellor of Germany and the UN Secretary-General.

Leaders attending the event are expected to hand over to the “library of peace” a book of their own choice they deem to contribute to the cause of peace.

President Anastasiades, who is accompanied by Government Spokesman Prodromos Prodromou, is expected to return to Cyprus later today.

The centenary of the armistice that ended the First World War in 1918 is also celebrated in the Republic of Cyprus. According to an announcement by the Embassy of France, Ambassador René Troccaz will attend a ceremony held annually at the military cemetery in the UN administered buffer zone.

Moreover, there will be a wreath laying ceremony at the graves of two WWI French soldiers, buried at the Larnaca cemetery. The French Cypriot School in Nicosia also holds a ceremony for staff and pupils.