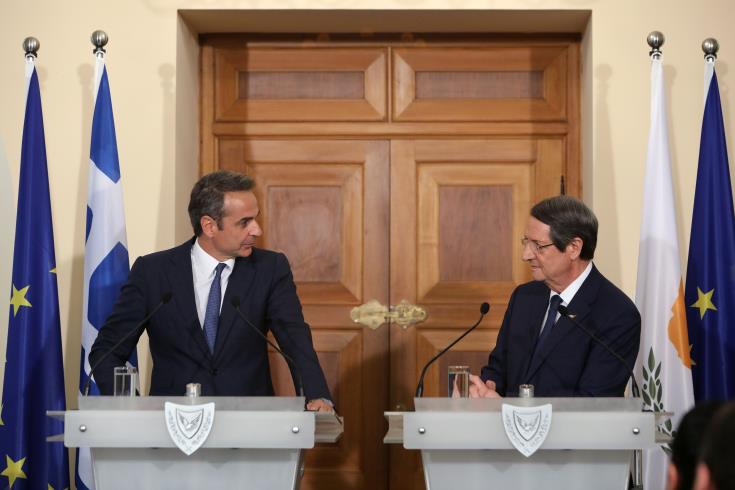 President of the Republic of Cyprus Nicos Anastasiades will meet with Greece’s Prime Minister Kyriakos Mitsotakis in New York on the sidelines of the UN General Assembly starting next week.

In a telephone conversation on Friday, said Government Spokesman Prodromos Prodromou, the two leaders briefed each other on the latest developments on the Cyprus problem and energy issues, as well as Turkish activities in the region. They also exchanged views on the forthcoming meetings they will hold in New York.

In a written statement, the Government Spokesman also said that President  Anastasiades and PM Mitsotakis agreed to meet after the latter’s meeting with Turkey’s Prime Minister Recep Tayyip Erdogan, to coordinate anew.

President Anastasiades and his entourage depart on Saturday for New York via London. During his one day stay in the British capital, the Cypriot President will deliver a speech at a dinner hosted by the National Federation of Cypriots in the UK.

The President will be in New York next week to attend the UN General Assembly, which he will address on September 26. Anastasiades’ will also meet with UN Secretary-General Antonio Gutteres. Their meeting has been scheduled for September 27, while the President will also attend the UN Climate Action Summit 2019 convened by the UN Secretary-General.

By In Cyprus
Previous articleYouth in Cyprus take to streets in climate change protest (Photos)
Next article“Let’s Do it World”: Volunteers to clean up Nicosia’s old town