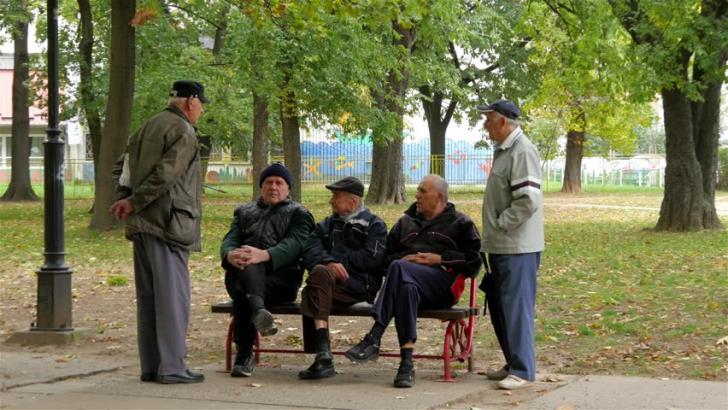 The number of eligible recipients of old-age pension in Cyprus has increased by about 30% within a decade, according to data from the Department of Social Insurance Services.

In fact, the number of citizens who were old-age pensioners stood at 71,621 in 2007, rising to 103,238 by 2017. This means that the population of Cyprus is ageing dangerously and is not being replaced, given that the island was the country with the lowest total fertility rate in the world in 2017.

Moreover, Eurostat data gives the percentage of the working population in Cyprus at 55% by the year 2070 while the remaining population will be 65 years and above. At the same time, the number of pensioners is getting even higher considering that, in addition to old-age pension, there are also pensions for widows, disability and orphans. Up until 2017, the total for all these pensions was 150,842.

Eurostat also reaffirm data of the Social Insurance Department which shows a constant ageing of the population with the burden on the Social Insurance Fund becoming overwhelming. That’s why the increase in Fund contributions every five years has become legally binding.

Pension experts told INSIDER that this fact had actually been taken into account by the International Labour Office in its latest actuarial report. Marinos Theodosiou of Muhanna & Co Actuaries and Consultants has said that no problems are anticipated with the Social Insurance Fund’s sustainability based on today’s data and taking into account the five-year contribution rises.

“However, a problem will arise if we experience a new economic crisis that will increase unemployment rates and, thus, reduce contributions to the Social Insurance Fund,” he added.

Philippos Mannaris, a partner at Aon Hewitt actuarial firm, pointed out that an ageing population will certainly have an impact on both pension and medical expenses. He then said that any shrinking of the workforce is undoubtedly a threat to the future development of the country’s economy.

He went as far as to say that Germany, which has the same problem as Cyprus, needs about half a million economic migrants a year to be able to maintain its growth path.