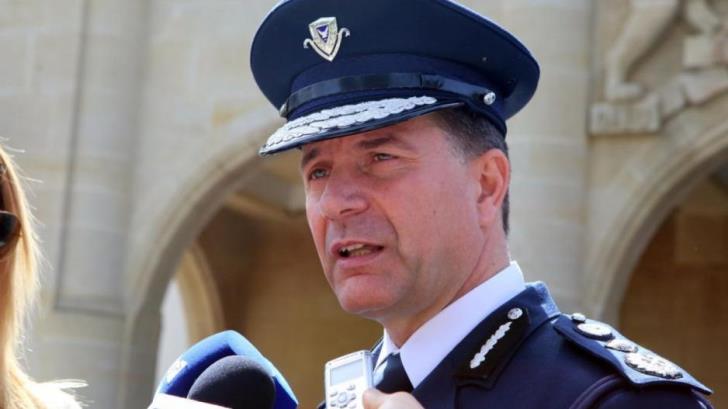 Cyprus Police are planning to assign web-constables who will police the web in real time, Police Chief Zacharias Chrysostomou said on Monday, addressing the official opening of an international conference hosted in Cyprus on “Cybercrime Trends and Threats: European and International Dimensions.”
Speaking also at the opening of the conference, Justice and Public Order Minister Ionas Nicolaou said that a Cyprus police web platform received in 2017 approximately 1000 complaints on issues concerning cybercrime, and that due to the important know-how obtained during the recent years, through a systematic training and an exchange of best practices and information with other states and organizations, law enforcement authorities in Cyprus have handled increased cases of child pornography.
The conference is attended by 241 delegates, out of whom 43 came from abroad and represent 12 international and European organizations and 14 law enforcement authorities. Moreover 19 representatives of foreign Embassies in Cyprus are participating.
Key-note speakers include, amongst others, leading members of European and international organisations, such as EUROPOL, CEPOL, INTERPOL, FRONTEX, the FBI and others, practitioners from law enforcement agencies, heads of Services from the European Commission and the Council of Europe as well as distinguished academics and researchers from numerous Universities, who have expertise in the area of cybercrime.
Chrysostomou said in his speech that according to the Centre for Strategic and International Studies and McAfee, cybercrime costs to the world economy almost 600 billion dollars annually.  Reportedly, it is estimated that cybercrime currently affects two out of three people connected to the internet. Furthermore, it is estimated that three hundred thousand to one million viruses and other malicious software products are created and launched against targets in a single day, he added.
The Police Chief stressed that as a law enforcement agency, “the Cyprus Police have a key role in preventing of and fighting cybercrime. Its two main units namely, the Office for Combating Cybercrime and the Digital Evidence Forensic Laboratory are staffed with specialised and skilful officers who, with the aid of advanced software and hardware, collect forensic evidence and pursue criminal investigations on cybercrimes in general, and hacking and digital child pornography in particular.”
Additionally, Chrysostomou said that the establishment of the Special Operations Unit would be based on a British model and would be vectored towards fighting organised crime, terrorism, and cybercrime.
In his address on behalf of Cyprus President Nicos Anastasiades, Justice and Public Order Minister Ionas Nicolaou assured that the Cyprus government is working intensively to develop an environment of security in Cyberspace through a series of actions, in the framework of the Republic of Cyprus National Strategy on Cyber Security.
Source: CNA

By In Cyprus
Previous articleTrump, Pompeo positive ahead of N.Korean summit
Next articleLarnaca in fight against eye pollution