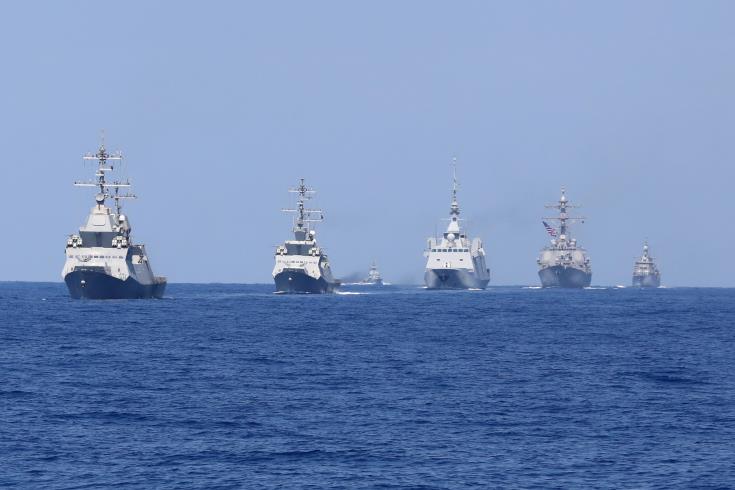 Cyprus was among 10 countries to take part in ‘Mighty Waves 2019’ a first-of-its-kind multinational exercise held by the Israeli Navy.

The forces practised a scenario simulating a major earthquake in Israel with thousands dead, over 100,000 injured, hospitals destroyed and national infrastructure in shambles following a powerful earthquake in northern Israel .

The exercise brought representatives from 10 navies and NATO to the Haifa port on Israel’s northern coast, in what Israeli officials said was its largest naval exercise ever. This was also the Israeli Navy’s first exercise dedicated solely to earthquake response.

The Cyprus News Agency said the exercise was held between August 4 and 8 and Cyprus sent two navy officers as observers.

The naval drill had two main goals: to practice setting up a “sea gate,” through which the majority of the humanitarian aid Israel would need in the aftermath of a massive earthquake would pass, and, more generally, to learn how to more efficiently work with the various national and international organisations that would be involved in the disaster relief work.

In addition, the various navies taking part in the exercise also simulated search and rescue operations at sea.

Amongst other skills, the navies practised medical treatment, above and below water rescue operations, firing ranges and naval manoeuvres and formations.

The exercise contributed to strengthening cooperation and learning between the different navies and improving the shared language of the participating bodies.

One of the fundamental assumptions of Mighty Waves is that in the case of an earthquake or other large-scale natural disaster, the majority of humanitarian aid would come from the sea, not from the air, as even the largest cargo planes can only carry a fraction of what ships can.

Commander of the Israeli Navy, Maj. Gen. Eli Sharvit: “In the past week, the Israeli Navy led a major naval exercise, expressing a significant naval operation. In our view, such exercises are of supreme importance in strengthening the Israeli Navy’s ties with the foreign navies with whom it is likely to cooperate in various events.”