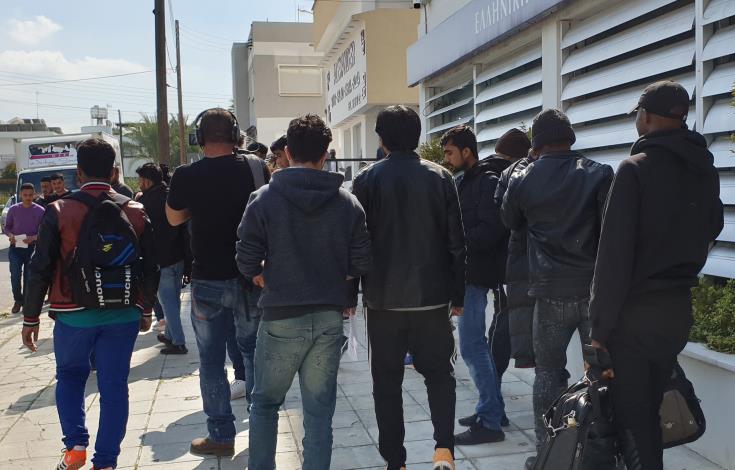 Cyprus is sending representatives to Lebanon over the next 48 hours to discuss with authorities there an apparent increased migrant influx from the neighbouring country, Interior Minister Nicos Nouris has announced.

The representatives will be from the ministries of Justice, Defence and Foreign Affairs, from the National Guard, Police Force and Asylum Services.

The Minister also said on Monday that the authorities in Cyprus will brief thoroughly the European Union on the matter and will ask for its assistance.

And that the increased arrivals cannot be managed by Cyprus as all the reception centers are now full , adding that the pandemic has also created new challenges.

Cyprus borders are also EU borders and FRONTEX could assist the authorities in safely guarding them, he also said.

He pointed out that Cyprus government has the obligation to provide assistance to all those who are seeking a safe refuge but our country’s possibilities in doing so are limited.

The Minister said that at Pournaras reception center the quarantine areas are full and four more areas were prepared to accommodate migrants and refugees.

He said that more than 400 people are now at the quarantine areas and 286 in other areas at the center.

Nouris said that at the moment two boats with migrants are anchored in Cyprus waters and described as inaccurate press reports that the boats who transferred people back to Lebanon were in danger. (CNA)