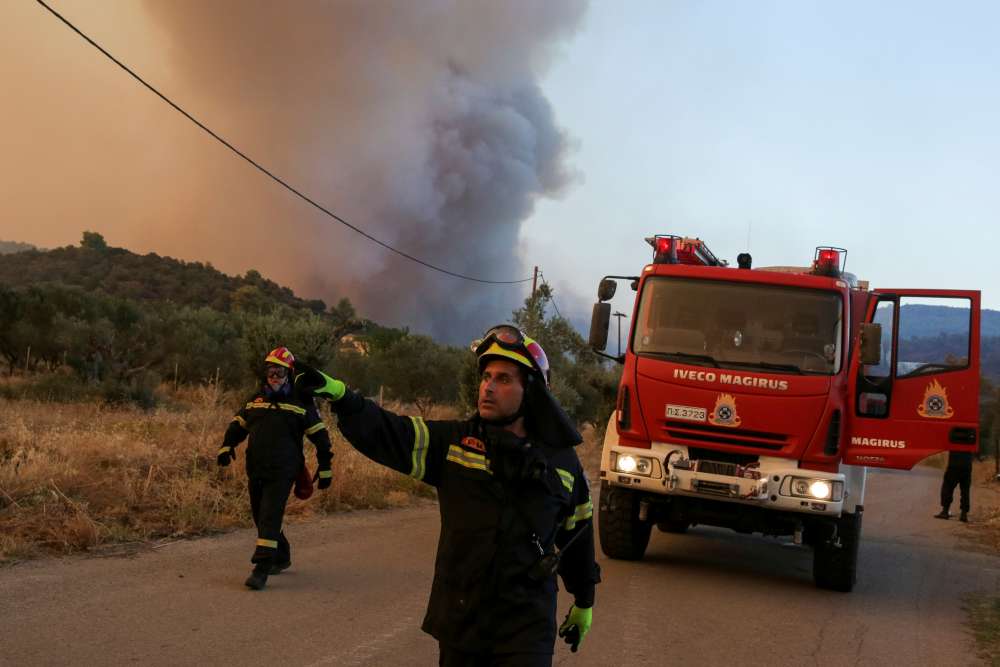 Cyprus has expressed its readiness to assist in combating the fire that has broken out in Evia, Greece.

Justice and Public Order Minister, George Savvides told the Cyprus News Agency that he had spoken by telephone on Tuesday afternoon with the Greek Citizens’ Protection Minister Michalis Chrysochoidis.

“I conveyed to him Cyprus’ readiness to contribute in putting out the fire. He thanked me and told me that right now they don’t need anything and that he will contact me tonight or tomorrow morning to let me know,” if they need any assistance, he added.

In a written statement issued later on, Savvides said that he contacted Chrysochoidis as instructed by Cyprus President Nicos Anastasiades.

Savvides also noted that Chrysochoidis told him that they may need the help of land forces. The Justice Minister said that he has already instructed the Fire Service to set up a team, in cooperation with the Forest Department and the Civil Defence, that will be sent to Greece if needed.

Savvides also said in his written statement that he and Chrysochoidis agreed to be in constant contact and that members of the Fire Service, the Forest Department and the Civil Defence are ready to travel to Greece.

CNA has learned that Foreign Minister Nikos Christodoulides also had a telephone conversation with his Greek counterpart Nikos Dendias to whom he expressed Cyprus’ readiness to help in putting out the massive wildfire on the Greek island of Evia.