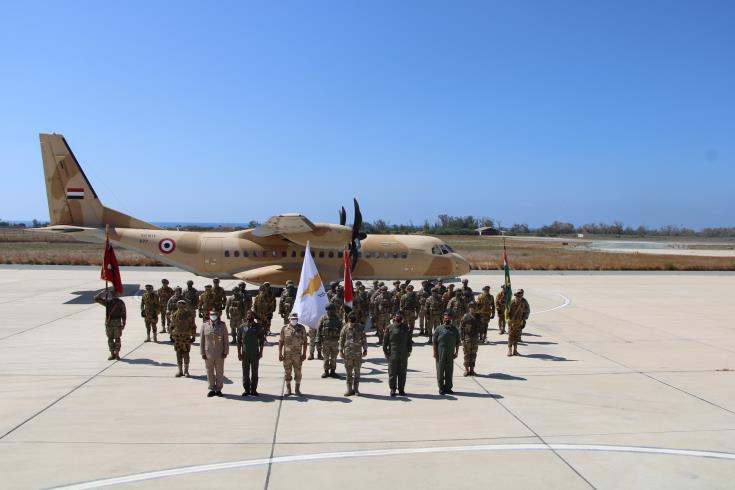 A press release issued by the Defence Ministry said that the participation reaffirms the strategic cooperation between the Republic of Cyprus and Egypt in the fields of defence and security. Moreover, it noted that this is the first time that the National Guard participates in a multinational exercise abroad with a mission of 70 officers.

Meanwhile, a military exercise code-named “PTOLEMEOS” will take place on Sunday in Cyprus with the participation of Special Forces of Cyprus and Egypt.

The exercise is taking place in the framework of exchanging know-how on Special Operations and of reinforcing the interoperability of the armed forces.

The Defence Ministry’s press release noted that the joint training of the two countries` forces constitutes a tangible proof of the desire of their Defence Ministers for closer cooperation aiming at reinforcing security and stability in the broader region of the Eastern Mediterranean, according to the general directions given by the Presidents of Cyprus and Egypt.

Moreover, it recalled that the 1st Intergovernmental Meeting between the two countries will take place in Egypt on September 4.

By gavriella
Previous articleFour-day weather forecast: Possibility of rain and storms
Next articleAstraZeneca-Commission agree on time frame for delivery of remaining doses