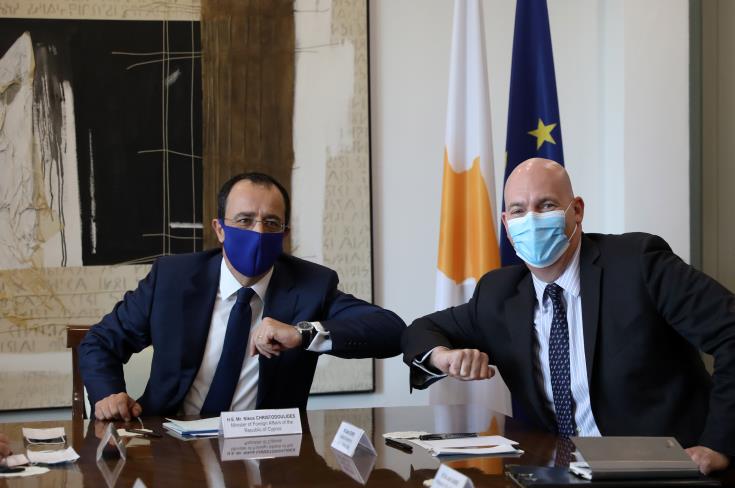 Cyprus has not yet taken the steps necessary to deny port access to Russian naval vessels, US Assistant Secretary for Political-Military Affairs R. Clarke Cooper said on Monday.

He was addressing a special briefing via teleconference on his recent visits to Nicosia, Athens and Sofia.

“While I was in Cyprus, we made significant progress on anti-money laundering reforms.  Since the 2013 financial crisis, there’s been significant work in that space,” he said

“However, I did specifically note that Cyprus has not yet taken the steps necessary to deny port access to Russian naval vessels.  These and other steps are certainly necessary,” he added.

These steps are also part of the Eastern Mediterranean strategy as well as the Energy Partnership Act of 2019, he also said and stressed: “We certainly want the Republic of Cyprus to pursue in this direction.”

Cooper, who was in Nicosia on October 18 to 19, said he had very productive conversations with the ministries – not only of foreign affairs but also of defence.

“And this is where we get into some news space.  We discussed plans to provide educational opportunities to the Republic of Cyprus’s military personnel,” he added.

“This is through our IMET program, or the International Military Education and Training program, and then of course we went into the recently announced expanded access to non-lethal U.S.-origin defense articles and services controlled under the ITAR, the International Traffic in Arms Regulations,” he also said.