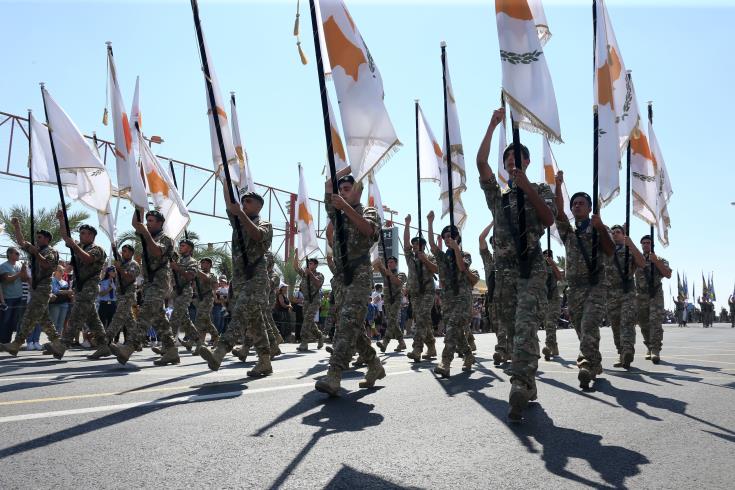 The military parade which takes place every year in Cyprus on October 1st to mark its Independence Day will take place without the public’s presence this year, the government announced on Wednesday.

Deputy Government Spokesman, Panayiotis Sentonas, told media following a Council of Ministers meeting that cabinet decided that the military parade will take place in the presence of officials only, on the basis of a protocol, and without the public’s presence due to the conditions created by the Covid-19 pandemic.

By In Cyprus
Previous articleAnastasiades to talk about Turkish provocations and threats to settle Varosha at MED7
Next articleCyprus’ trade deficit declines by an annual 12.5% in January – July 2020