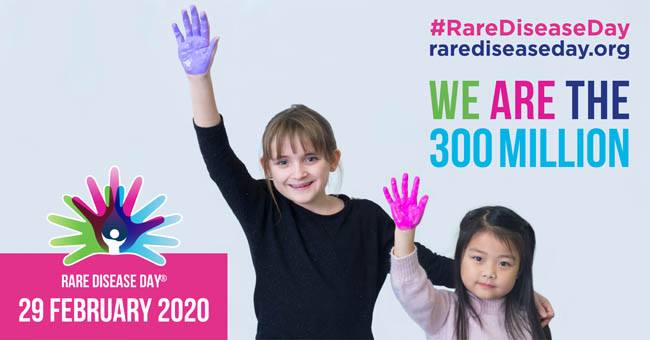 Rare Disease Day is marked every year on the last day of February in more than 100 countries around the world to raise awareness for people living with a rare disease and their families.

President of the Cypriot Parliament Demetris Syllouris marked the day in an opening speech at Friday’s plenary sitting noting that around 70,000 Cypriots suffer today from rare diseases.

“This day contributes to the public’s knowledge of rare diseases and prompts competent authorities to respond to the needs of people living with such conditions.

“It also aims to promote further research on a cure for such diseases and to encourage greater financial or other support to patients, many of whom are children,” he concluded.

Rare Disease Day was launched in 2008 by EURORDIS, a patient-driven non-profit alliance of 894 rare disease patient organisations from 72 countries.

The message of this year’s campaign is “Rare is many. Rare is strong. Rare is Proud.”

There are over 300 million people around the world living with a rare disease supported by their friends, their family, and their community.

There are over 6,000 identified rare diseases that affect about 5% of the population globally.

“Each rare disease may only affect a handful of people, scattered around the world, but collectively the number of people living with a rare disease is equivalent to the population of the world’s third largest country,” the organisation said in an announcement.