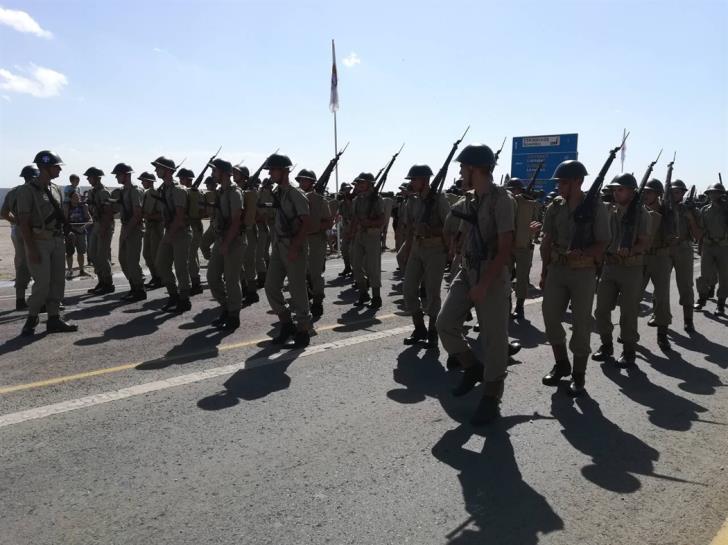 The Republic of Cyprus on Monday celebrated the 58th anniversary since the declaration of its Independence with a military parade in Nicosia.

President Nicos Anastasiades received the salute of the parade, in the presence of the country’s political, religious and military leadership.

At the start of the parade, two Greek air force F16 fighter jets streaked across the Nicosia sky.

The Greek government was represented by its Defence Ministerce Panos Kammenos who earlier held a meeting with the president at the presidential palace.

Earlier on Monday, Anastasiades attended a memorial service in honour of those who fell resisting a coup engineered by the Greek Junta on July 15, 1974.

He then lay a wreath at the Imprisoned Graves in honour of the 13 fighters of the 1955-1959 liberation struggle (EOKA) against the British rule, who are buried there and a wreath at the statue of Archbishop Makarios III,the first President of the Republic of Cyprus, at the Presidential Palace.