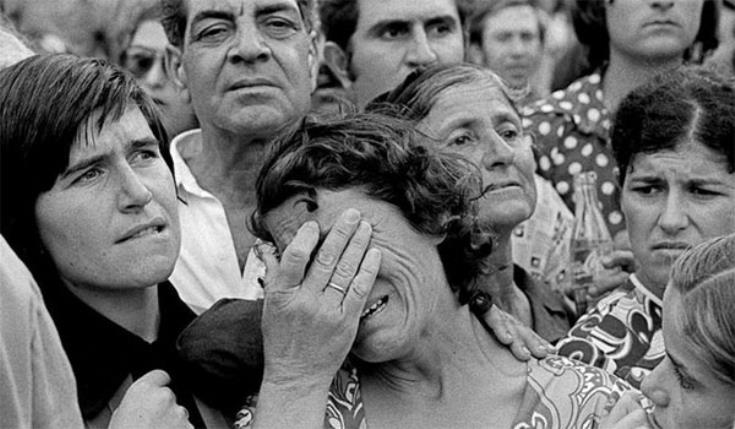 Cyprus pays tribute today to all those killed during the Turkish invasion in 1974 which resulted in the occupation of 37% of the  Mediterranean island`s territory, an EU member state since 2004.

The people of Cyprus, the political and religious leadership, as well as political parties and organisations remember and condemn the continuing illegal occupation of Cyprus’ northern part. Memorials and other commemorative events take place today, while air-raid sirens sounded at 0530 local time when the Turkish invasion was launched and Turkish troops landed on the island`s northern shores on this day, 47 years ago.

A series of other anti-occupation events will also take place during the day. Political parties and other associations and groups have issued statements, condemning the Turkish invasion and the continuing occupation and reiterating their determination to fight for a just and viable solution.

In a two-phase invasion and despite repeated calls by the UN Security Council, Turkey occupied 37% of the sovereign territory of the Cyprus. Ankara continues to maintain some 40,000 troops in the northern areas of Cyprus, in complete disregard of appeals for their withdrawal and calls to contribute to a political settlement through peace talks.

As a result of the barbaric invasion, 162,000 Greek-Cypriots fled their homes becoming refugees in their own land, while
20,000 Greek-Cypriots and Maronites chose not to leave their homes despite the Turkish occupation. Most of those who remained, mainly on the Karpasia Peninsula, were gradually forced to abandon the area. The number of Greek Cypriots and Maronites currently living in the area has plummeted to 300 persons.

From a humanitarian point of view, the most tragic consequence of the Turkish invasion of Cyprus is the missing persons issue. Since then, the fate of hundreds of people remains unknown. A Committee on Missing Persons has been established, upon agreement between the leaders of the two communities, with the scope of exhuming, identifying and returning to their relatives the remains of 492 Turkish Cypriots and 1,510 Greek Cypriots, who went missing during the inter-communal fighting of 1963-1964 and in 1974. So far, the remains of 722 Greek Cypriots and 284 Turkish Cypriots were returned to their families. Since the start of the year, until May 2021, the remains of 12 individuals were identified and remains belonging to 6 people were exhumed in various excavations.

Turkey is implementing a systematic policy of settlement of the occupied part of Cyprus with the mass transfer of more than 160,000 Turks from Turkey changing the demographic situation, while destroying at the same time the cultural heritage of this historic island.

The consequences of Turkey’s illegal aggression were devastating and are still felt by the Cypriot people: gross violation of human rights, with hundreds of people still listed as missing, Greek Cypriot refugees in anticipation of a solution that would allow them to return home, enclaved Greek Cypriots being deprived of fundamental rights and the island’s 9,000 year old cultural heritage being pillaged.

Negotiations to solve the Cyprus issue are held since 1975. Numerous UN backed talks to reunite the island have failed to yield results. A 5+1 Informal Meeting that took place in Geneva, on April 27-29, failed to find enough common ground to allow for the resumption of formal negotiations in relation to the settlement of the Cyprus problem.