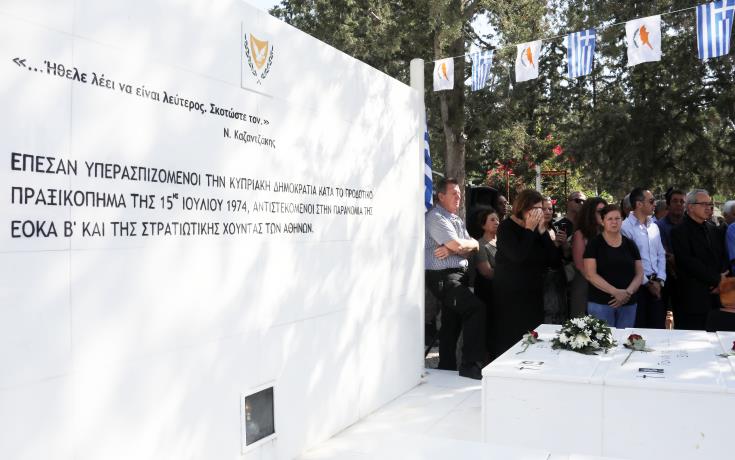 Sirens wailed as Cyprus marked the 46th anniversary of the Greek-backed military coup of 1974 which toppled the democratically elected president of Cyprus, the late Archbishop Makarios, and opened the door to the Turkish invasion and occupation of the northern third of the island.

Sirens sounded at 0820 local time — the time the coup unfolded. A memorial service will take place early in the morning, at the church of Constantinou & Elenis in the presence of the President of the Republic of Cyprus Nicos Anastasiades,  political party leaders, government officials and other dignitaries.

The President will also attend a special session of the House of Representatives, to denounce the coup and the Turkish invasion and honour those who sacrificed their life to defend democracy and their country.

Wreaths will be laid at the tombs of those killed defending the Republic. Political parties will also hold special events in various towns to commemorate the dead and condemn the twin crime against Cyprus. Similar events will be held in various countries abroad where Cypriots reside.

By In Cyprus
Previous articleIn surprise move, Trump administration reverses course on barring many foreign students
Next article78% of Cypriot youths have basic or above basic digital skills