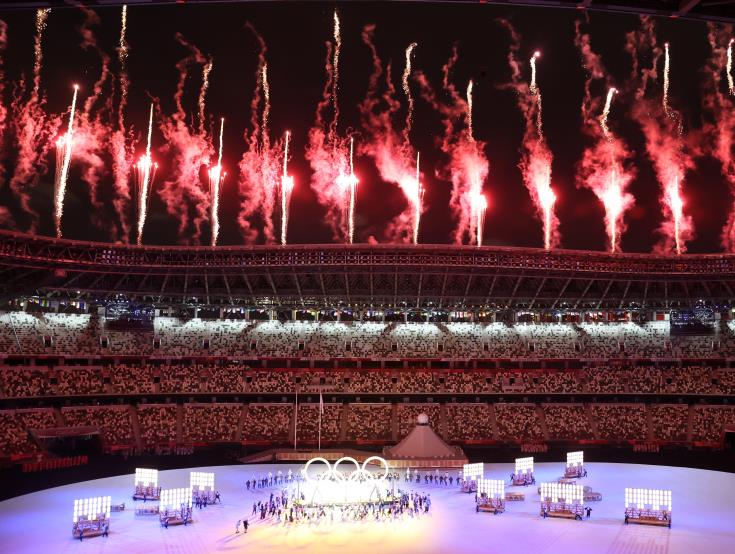 Cyprus makes its debut in the 32nd Olympic Games at Tokyo on Saturday with gymnast Marios Georgiou competing in the Men’s Artistic individual All-around.

The Games which took off on Friday, 23 July, will be completed on 8 August and Cyprus is participating with 15 athletes, nine men and six women in six sports.

His trainer, Panagiotis Petrides said that Marios Georgio is ready to perform his best.

On Sunday, at 0700 Cyprus time, Andri Christoforou will compete in the Women’s road race.

Also on Sunday, in Shooting, George Achilleos and Demetris Constantinou will compete in the Men’s 10m air rifle as well as in the women’s, Andri Eleftheriou. Whoever makes it to the finals will compete on Monday for a medal. In Sailing, in the men’s and women’s RS:X Andreas Kariolou and Natasa Lappa will compete respectively and in the Laser Radial Marilena Makri and Olympic medallist Pavlos Kontides.

The RS:X Sailing continues from Monday until Thursday with Andreas Kariolou and Natasa Lappa and in the Laser Marilena Makri and Pavlos Kontides.

Also on Wednesday, the finals in the Artistic Gymnastics for the Men’s artistic individual all-around will take place and Marios Georgiou will take place if he is qualified earlier in the week.

Andreas Makri will compete on Wednesday in the Men’s Trap qualification and if he qualifies, he will compete in the finals on Thursday.