Cyprus loses due to Putin’s amnesty 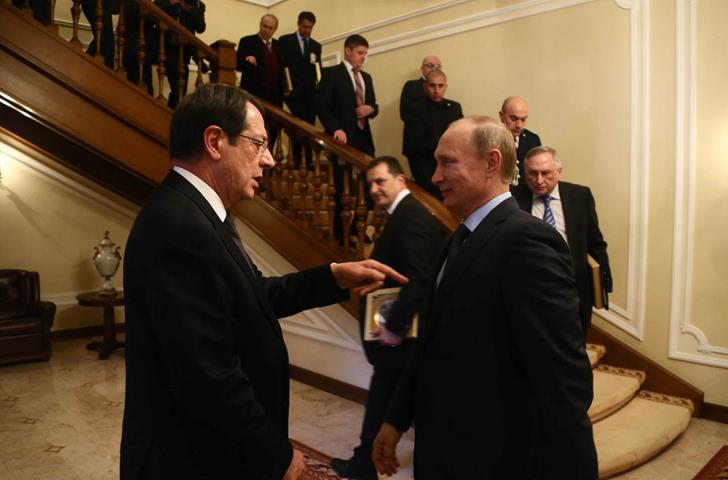 Russian President Vladimir Putin may have set the recovery of the Russian economy through repatriation incentives abroad as his primary goal, but based on a latest Frank Research (Frank RG) study, Russian capital is not coming back in the country.

According to the study, 2/3 of the funds of Russian millionaires and billionaires remain outside of Russia. As can be seen, Cyprus seems to be the only loser compared to other competing countries (Luxembourg, the Netherlands, the Bahamas, Bermuda, Virgin Islands etc.) since, according to the latest updated data from the Central Bank of Russia, Cyprus is the country where in the last 15 months there has been repatriation of Russian funds totaling €10 billion. These are funds belonging to companies registered in Cyprus, most of which potentially have Russian interests, and were transferred to Russian entities.

According to the Frank RG study, the funds of weathly Russians (Russians with a fortune of more than $1 million) have reached $ 455 billion, and of these, as much as $140 billion are in Russian banks, with about $315 billion outside Russia. However, about a year ago analysts and experts such as professors at the Paris School of Economics, Filip Novokmet and Thomas Piketty, and professor at Berkeley University of California, Gabriel Zucman raised the wealth of rich Russians to a trillion dollars, which means that just 1/9 of the funds are in Russia.

According to an earlier Bloomberg report in 2015-2016, the Russian government offered a financial amnesty to Russians who had capital abroad, giving them the possibility of repatriation. But again, according to Bloomberg, there was little interest, as only 7200 cases were recorded.

For 2018, in an effort to repatriate capital, the amnesty on behalf of the Russian government was broadened with more incentives. In particular, by March 2019, the Russians who will close their accounts in offshore companies will be able to transfer their assets back to Russia without being taxed, while any tax evasion of the past will not be investigated. Indeed, the Russian government has created two special administrative districts on islands near Vladivostok and Kaliningrad. These areas will give tax advantages to holding companies, as are countries like Cyprus, Ireland and the Netherlands, as well as many islands around the world.