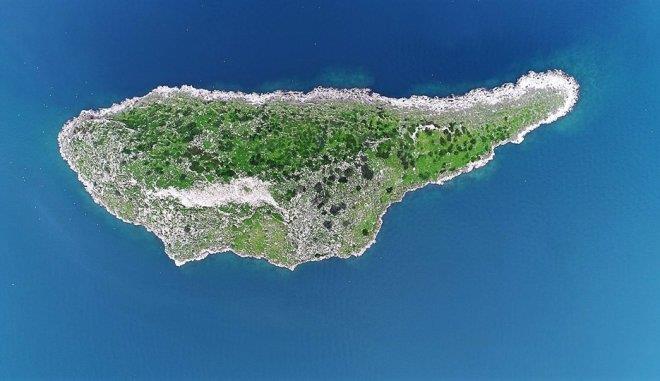 Cyprus appears to have a little twin: a small uninhabited island in Greece that takes its name from the seagulls that frequent it.

Viewed from above, the little island looks a lot like Cyprus.

Glaronissi (seagull island) is situated in the Skronoperia Viotias area, west of Chalkida and  88 km from Athens.

Access to the north Evia Bay is via the cove of Skroponerion. South of the cove is Paralimni lake.

The area is relatively remote and retains much of its pristine beauty. It is ideal for swimmers and fishing, and there is a small tavern at the cove.