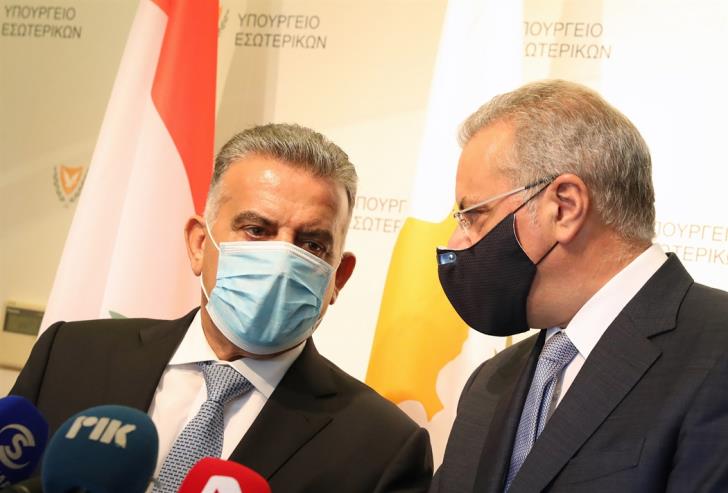 Interior Minister Nicos Nouris welcomed today General Abbas Ibrahim, General Director of the Directorate-General of the Lebanese Ministry of Interior and his entourage, who are on an official visit to Cyprus. The Minister of Interior expressed the sympathy and support of the President of the Republic and himself to the Lebanese people for the deadly explosion at the port of Beirut and reaffirmed the solidarity of the Cypriot people to their Lebanese neighbours.

In the context of the visit, the issue of irregular migration was discussed, with emphasis on the latest arrivals by sea from Lebanon to Cyprus.

Lebanon and the Republic of Cyprus reaffirmed their firm willingness to implement the 2002 Agreement between the two countries as well as the relevant Protocol on irregular migration.

It was also agreed that the two countries will coordinate their efforts, always within the framework of the international law, to prevent irregular arrivals, while they did not rule out the possibility of requesting FRONTEX support and assistance to this end.