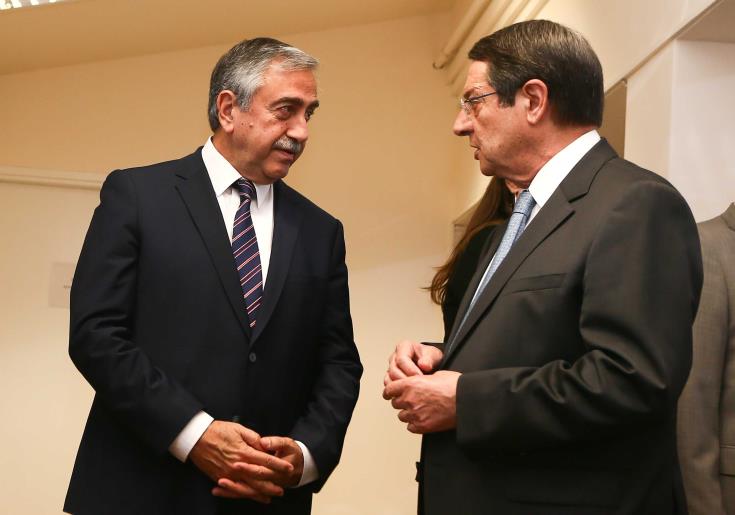 An informal meeting between the President of Cyprus, Nicos Anastasiades, and the Turkish Cypriot leader, Mustafa Akinci, is set to take place this morning at 9.30 am local time, almost five and a half months after the two leaders had their last informal meeting, in late February.

The meeting takes place amid Turkish illegal activities in Cyprus’ exclusive economic zone and unilateral moves by the Turkish Cypriot side in Varosha, the fenced-off part of Famagusta.

The leaders’ meeting is hosted at the residence of the Special Representative of the UN Secretary General in Cyprus, Elizabeth Spehar, in the United Nations protected area of the now defunct Nicosia airport. The meeting is not open for media coverage and only “official photographers and camera crews by the two sides” will be allowed in.

Government Spokesman Prodromos Prodromou said after a National Council session, on August 5, in Troodos, that President Anastasiades aims at a creative meeting with the Turkish Cypriot leader in order to create the necessary conditions for the resumption of settlement talks.

In the past few days, President Anastasiades met with close associates at the presidential summer residence, in Troodos mountains, and had the chance to consult his files and review positions and proposals submitted in the past, letters sent, convergencies reached as well as the Guterres framework containing the six parameters suggested by the UN Secretary-General in Crans Montana.

President Anastasiades also said that he had presented at the meeting his ideas about the decentralization of powers, with the Turkish Cypriot leader insisting, however, that even in this case, the Turkish Cypriot community should retain its right for a positive vote over every decision.

The United Nations had announced after the meeting that the two leaders took a series of decisions regarding Confidence Building Measures (CBMs). Among others, they agreed to make permanent the arrangement for the supply of electricity, and proceed with the interoperability of mobile phones, a measure which was launched eventually on July 11.

By In Cyprus
Previous articleProperty sales to foreigners up, reliance down
Next articleIn Guatemala, Pelosi says migrant treatment “shameful”, worries about Trump deal