Cyprus launches cull of lionfish to stem invasion of Med 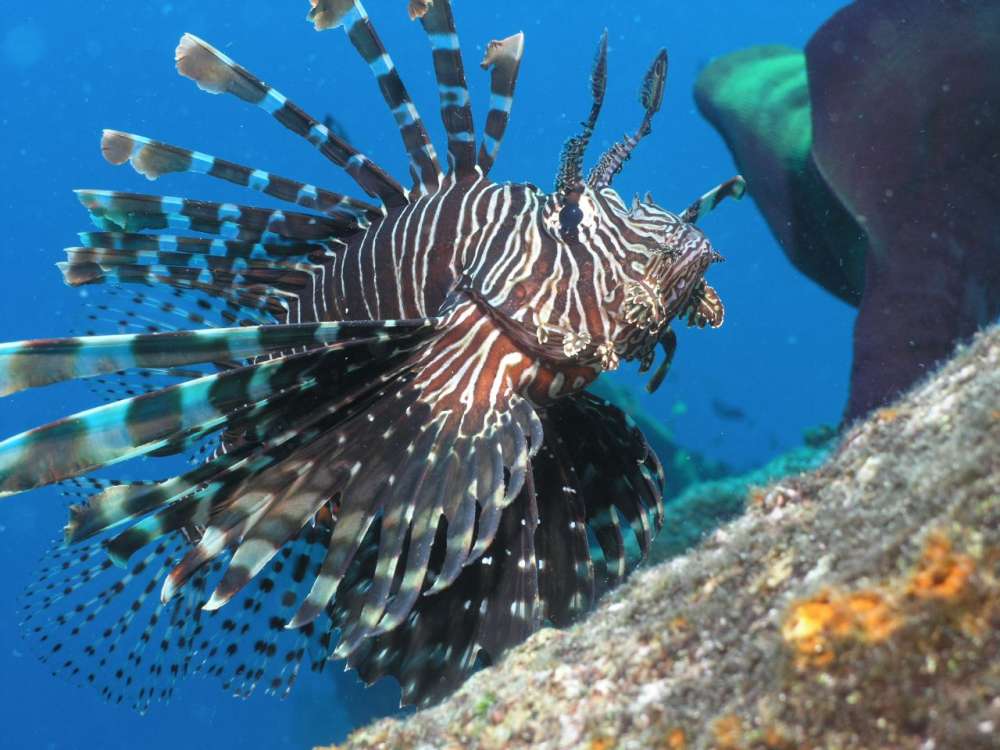 Cyprus has become the EU’s “first line of defence” against the lionfish invasion in the Mediterranean, the Guardian reported on Wednesday.

The first organised cull of lionfish was held at Cape Greco over the weekend, a response to the proliferation in the number of the invasive species which threatens the Mediterranean ecosystem and poses a venomous danger to humans, it added.

“They’re actually very placid,” Prof Jason Hall-Spencer, a marine biologist, told the Guardian during the inaugural “lionfish removal derby” off the island’s southern coast. He added: “The problem is they are not part of the natural ecosystem and we are seeing them in plague proportions.”

Hall-Spencer, of the University of Plymouth, regards the ornamental species as the single biggest threat to the biodiversity of the region.

“I can’t overstate how serious a problem this is for the whole of the Mediterranean,” he said, emphasising the risk of habitat destruction and species extinction. “Lionfish are the most damaging invasive fish we have ever seen. If action isn’t taken there will be lasting environmental and economic damage.”

Lionfish, armed with venomous dorsal spines that enable them to deter predators, are more normally associated with warm tropical waters of the South Pacific and Indian Ocean. Almost two decades ago the non-native tropical fish began to enter US waters, appearing in the Atlantic after pet owners started releasing outsized lionfish from home aquariums into the sea.

Now they have reached Europe. the Guardian notes. In 2012, after initial sightings off Turkey, Israel and Lebanon, they were spotted off Cyprus. Three years later they had appeared further south in Greece, Italy and Tunisia, testimony, scientists say, to their ability to both enter new territories and spawn at record rates.

The Cypriot government has agreed to organised culls – acknowledging that if the pest is not brought under control lionfish will have an effect on commercial fishing.

Nicholas Michaelides, of the fisheries and marine research department told the Guardian: “If culls prove to be an effective tool in managing this problem we will apply it for sure. It is illegal in Cyprus to hunt using scuba diving equipment but in this case we are permitting it. We can’t say we’re not worried.”

The first cull was held in a marine protected area off Cape Greco on Sunday, with prizes handed out for harpooning the smallest and largest fish.

“The plan is for similar culls to take place twice a month over the next two years,” said Periklis Kleitou, a research fellow at the University of Plymouth, which is helping to coordinate the removal project. “We’re keen to encourage local fishermen and divers to get involved [in the hunt].”

He said lionfish have no natural enemies and have ferocious appetites. “They eat everything. Culling this invasive species is the only effective way to reduce their numbers and ensure marine-protected areas continue to regenerate.”

In addition to removal action teams, surveillance platforms to monitor lionfish were being developed as part of the EU-funded programme. Kleitou said: “This is a regional problem and our insights and knowledge will be transferred and replicated in surrounding countries.”

Global warming and the rise in sea temperatures have encouraged the invasion.

A report compiled by the Limassol-based Marine & Environment Research Lab with Hall-Spencer, noted that the Indo-Pacific species had colonised almost the entire south-east coast of Cyprus “within a year … assisted by sea surface warming.”

But scientists believe expansion works to the Suez Canal have also played a role, by enabling the toxic fish to migrate from native habitats in the Red Sea. The canal, which is one of the world’s most important waterways, was widened and deepened to cater for ever-bigger container ships only three years ago.

Environmental watchdogs have said invasive species are now among the top five leading causes of biodiversity loss globally. In the western Atlantic lionfish have been linked to the reduction of coral reef fish by about 65%.

Culls have proved highly effective in the Caribbean where the species has been blamed for destruction of coral reefs, diminishing populations of other fish and vast ecological damage.

“In these waters I think we may have missed the chance to eradicate them completely because they will spread as the seas warm,” Hall-Spencer said.

But, he cautioned, all is not lost. There is still time to control the population especially in marine-protected areas. And even better lionfish could be good business.”