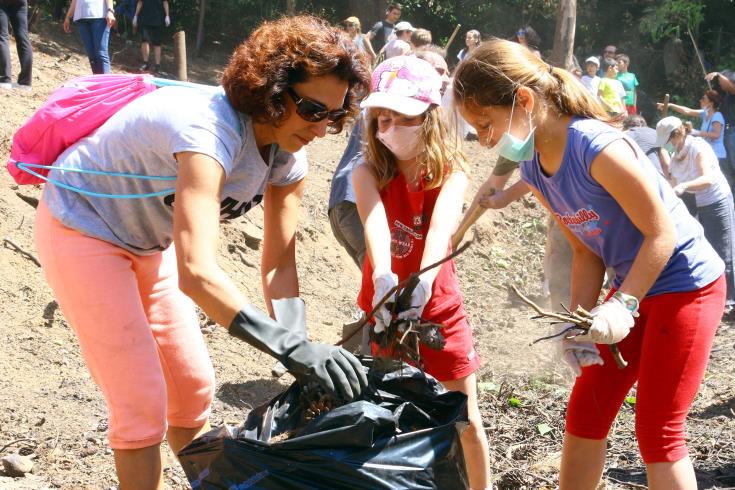 World Clean-up Day 2018 is being organised this September by the organisers of “Let’s do it World!”, with the aim – for the very first time – to achieve the simultaneous participation of 150 countries, including Cyprus.

In Cyprus this international action is represented by the volunteer network “Together Cyprus”, which is organising, under the auspices of Environment Commissioner Ioanna Panayiotou, a clean-up of the area around the Klirou Dam, on September 16.

The action is supported by the communities of the Orini complext (Klirou, Arediou, Ayios Ioannis, Malounta, Kalo Chorio, Agrokipia, Ayios Epiphanios, Mitsero, Gouri, Farmakas, Kampi, Lazania, Fikardou), the Office of the Environment Commissioner, the Water Development Department, the Department of Forests, and the Department of Environment.

Let’s do it World! is an international clean-up campaign, aiming at removing all rubbish from the natural environment. It is the largest volunteer programme and the largest civilian movement ever organised in the world. The idea was born in Estonia in 2008. Cyprus has been participating in Let’s do it World! since 2012.

“Everyone’s participation is important, since the success of the campaign is based on volunteerism and the love of each one of us for the environment and our Cyprus,” organisers said.

By In Cyprus
Previous articleIndia’s president to pay ‘milestone” visit
Next articleOmarosa’s ‘Unhinged’ settles for No. 2 spot on U.S. best-seller list