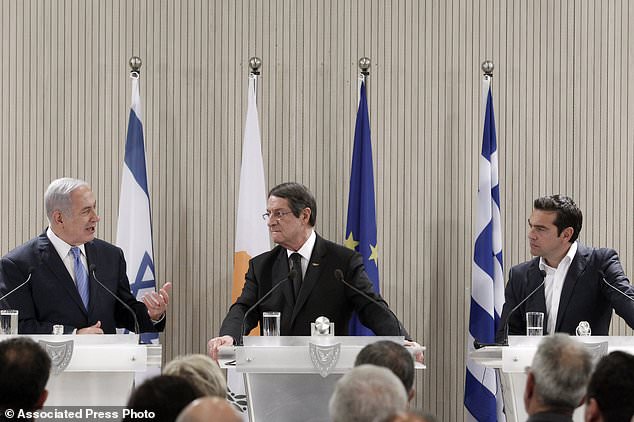 The leaders of Cyprus, Israel and Greece say they want to promote the creation of a pipeline that will supply east Mediterranean gas to Europe since the continent is looking for new sources of energy.

Israeli Prime Minister Benjamin Netanyahu on Tuesday called that the East Med pipeline would be extremely important for Europe, which seeks to diversify its energy supply.

On his part, Cyprus President Nicos Anastasiades said the three countries aim to sign an agreement within this year to promote the pipeline project, while Greece’s Prime Minister, Alexis Tsipras, called the project “emblematic” of the cooperation between the three countries.

Finally, the leaders reaffirmed their backing for planned undersea electricity and fiber optic cables that will link Cyprus, Greece and Israel.