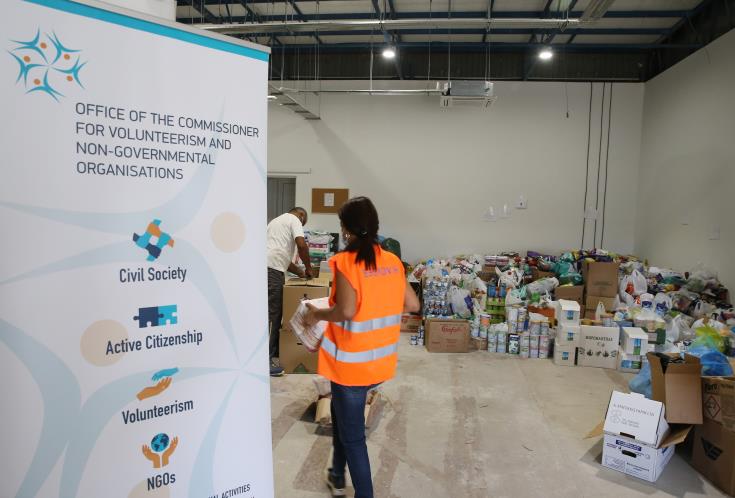 Twenty tons of dry food have been collected so far in Cyprus for the thousands of people of Lebanon, who suffer due to the blast that occurred in Beirut last week.

The first cargoes will be transported to the port of Limassol, where they will be loaded together with other items on the Greek Military Navy Vessel “IKARIA”, which, will depart for Lebanon on Tuesday.

Yiannis Giannakis, Commissioner for Volunteerism and Non-Governmental Organizations, told CNA that a large volume of dry and canned foods, that have been collected so far by volunteers, businesses and the general public of Cyprus, for the people of Lebanon, are being loaded and will leave for Lebanon on Tuesday.

“A large volume of essentials, collected from citizens and companies, more than 20 tons of dry food – canned food, cereals, crackers, flour, milk powder for children of different ages – were packed by volunteers during the weekend and are being loaded now”, he said.

He stressed that the collection of goods will continue until Friday and said that there are collection sites in every district.

The Commissioner expressed great satisfaction with the way the people of Cyprus have responded to the call to relieve the people of Lebanon.

“I am very pleased with the reaction of the people, I am now in the Pancyprian Coordination Centre and I constantly see people bringing goods and this is the case in all districts”, he said.

Dry food, he said, is important and vital for the 250,000 people in Lebanon who are directly affected by the blast and noted that thousands of people are either left without home or their houses have no electricity, gas or water.

Noting that one million Maronites live in Lebanon, he said that in the coming days and weeks the Maronite community in Cyprus will collect food to be sent to Beirut in cooperation with the Cyprus government.

In addition, he said, that they will make efforts to offer help in hospitals, institutions and care homes that are facing many difficulties.