Cyprus is a very important country for Kazakhstan in the EU, Speaker of Kazakh parliament says 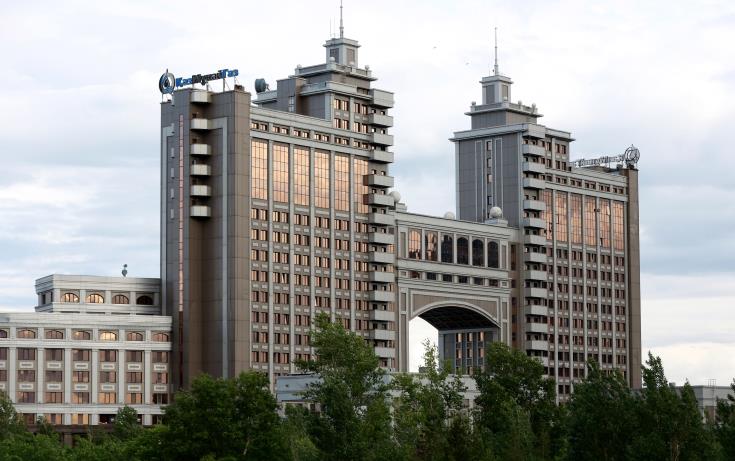 Cyprus constitutes a very important country for Kazakhstan in the EU, Speaker of the Kazakh Parliament, Nurlan Nigmatulin, said during a meeting on Tuesday with the President of Cyprus’ House of Representatives, Demetris Syllouris, on the sidelines of the Meeting of Speakers of Eurasian Countries` Parliaments (MSEAP), hosted by the parliament of Kazakhstan in Nur-Sultan.

According to a press release issued by the House of Representatives, Nigmatulin exchanged views with Syllouris on ways to further promote bilateral relations, especially at the parliamentary level, and noted particularly the importance of the economic relations between the two countries.

Furthermore, he assured his Cypriot counterpart that the parliament of Kazakhstan will ratify the Convention for the Avoidance of Double Taxation the soonest possible, so that the agreement will enter into force as of January 1st, 2020. Moreover, he referred to the importance of the political and cultural dialogue as well as of the exchanges at the parliamentary and business level.

On his part, Syllouris extended an invitation to Nigmatulin to pay an official visit to Cyprus. The invitation was accepted.

Syllouris also met the Chairwoman of the Senate of Kazakhstan, Dariga Nazarbayeva, whom she also invited to visit Cyprus.

The mutual desire to further promote the friendly relations between Cyprus and Kazakhstan was stressed during this meeting also, while Syllouris and Nazarbayeva exchanged views on their strengthening at every level. Moreover, they underlined the importance of the political and financial stability as the primary precondition for the development of entrepreneurship and investments in any country.