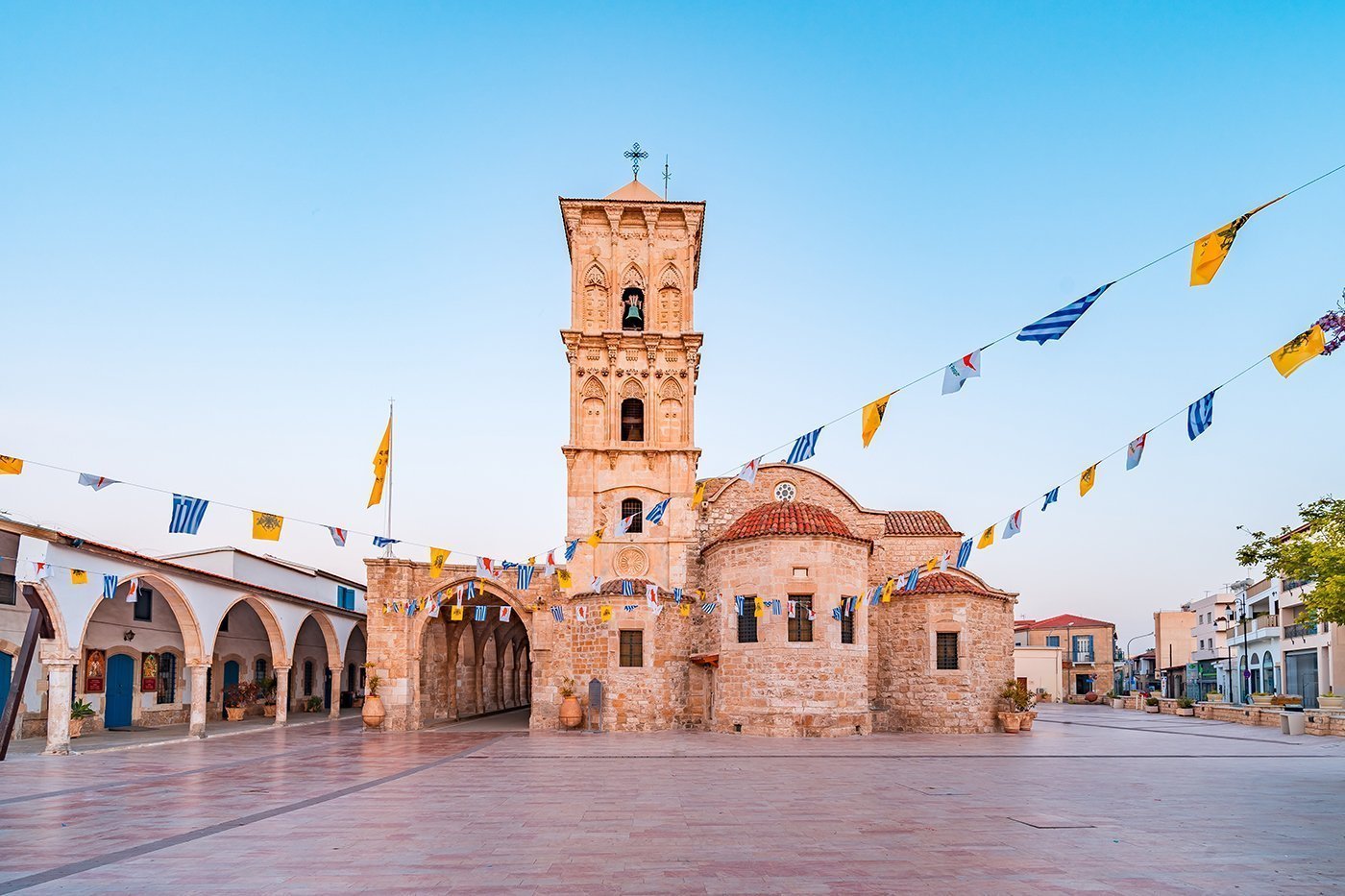 Larnaca district is fifth in size in Cyprus, covering 1,120 square km. and home to a population of 145,000. Its centre is the town with the same name which is also the most important tourist destination for visitors. At the same time, is a starting off point to visit the villages and sights of the region, many of which have unique characteristics.

Indicatively, there is the Neolithic settlement of Choirokoitia and Lefkara (30 km. from Larnaca) which is listed among the 30 most beautiful villages in Europe. Of great interest also in Tochni (41 km.) which is one of the oldest villages in Cyprus with traditional stone houses and picturesque trails for walks, and scenic Vavatsinia (50 km.), nestled in a thick pine forest at 840 metres altitude. The region’s interesting sites and other attractions are not restricted to these four. There is much more worth discovering and enjoying, provided you have the time.

Summer may be the most popular season for tourists, but an ideal time to enjoy every moment is spring when the flamingos are still at the lakes, before the heat and humidity become unbearable and temperatures permit a swim in the sea.

Larnaca is Cyprus’ third largest town with a population of 84,000. It is a successor of ancient Kition, which was founded by Greek settlers in the 14th century BC and is probably Cyprus’ oldest urban centre. Modern Larnaca, with its emblematic Phinikoudes coastal promenade, is a town with cosmopolitan characteristics which nevertheless remains in touch with its history as you will quickly discover if you take a short stroll in the old neighbourhoods and visit areas of historic and architectural interest which keep the town’s history alive.

Larnaca’s night life is mainly concentrated on the coastal promenade (Phinikoudes). The bustle continues in neighbouring areas such as Piale Pasha, Laiki Gitonia, Ermou Square etc. A little further out, near the airport, is Makenzie Beach which is also a hot point mostly but not exclusively for young people, mainly because of the beach parties that are organized there. Besides the fine sand and beach bars, the area has venues for every age and taste from fashionable cafeterias to fish taverns and stylish restaurants. An emblematic beach venue is the Ammos Beach Bar which is open 24 hours. Adding a cosmopolitan and luxury touch to Larnaca’s night life is the Sky Bar at Radisson Blu, with fine cocktails, list of alcohol with very good labels, and as icing on the cake – a superb view.

There are a number of points of interest (archaeological sites and roads/alleys) in the town of Larnaca, its environs and even further if time permits, which are worth dedicating time to get to know. For those who do not have that much time, the main points not to be missed are:

An excellent example of Byzantine architecture built in the 9th century above the tomb of the saint. The church has a special place in the religious tradition and life of the town. There are a number of restaurants, cafeterias and shops around the church square.

This is one of Cyprus’ most important museums. It has four exhibition halls with exhibits from the history, the town and the district of Larnaca from the Neolithic period to the Bronze and Archaic age, to the Classical, Hellenistic and Roman eras. On the screens, you can see the evolution of the town of Kition and outside the museum, at some 100 metres, you can visit the Kition-Pamboula archaeological site. Kition-Kathari archaeological site is situated about 500 metres north.

It was built in the 12th century during Byzantine rule or, others argue, in 1625 by the Ottomans. During the British colonial period it was used as a prison. Today, the museum’s exhibits record history from the early Christian period to the 19th century.

It is located near the castle and before it was converted into a mosque, it was initially an Orthodox and later a Catholic church.

The collections cover 5000 years from the Neolithic period to the first post-Byzantine era. It also houses an interesting sculpture gallery.

The protected wetland fills with water in winter and turns pink from the thousands of flamingos. In the summer, it dries out to reveal a striking white landscape of salt. On the west bank is the Hala Sultan Tekke Mosque where, legend has it a relative of the Prophet Mohammed, Umm Haram, was killed when she fell off her horse during the first Arab raid of Cyprus.

Eleven century church in the crossed-dome plan famous for one of the few surviving early Christian mosaics.

If there is enough time for excursions a little further afield, it worth visiting the Neolithic settlement of Choirokoitia (33 km.), Stavrovouni Monastery (40 km.) and Oroklini Lake, one of only seven wetlands on the island. You can also join the cultural walks offered by the Larnaca Tourism Board (tel 24657070) on the theme ‘Larnaca: Past and Present’ and ‘Skala: Its artisans’.

In the centre of Larnaca, along the coastal avenue and a point of reference for the town. Other than the sandy beach, there are a number of other entertainment facilities, both as regards sport as well as food and recreation more generally.

The fishing shelter, youthful and edgy, is ideal for a swim, a drink, some relaxation and a meal. Light, grey sand, good sea with the added possibility of scuba diving. Near the Zenobia wreck.

Famous beach near Larnaca airport. Grey, fine sand with all the facilities expected from an organized beach and teeming with life. Beach bars, all kinds of venues and golden youth.

Five hundred metres of fine sand at the village of Pervolia. Calm waters, lots of vegetation and relatively quiet. Adequate facilities and options for drinks and a meal.