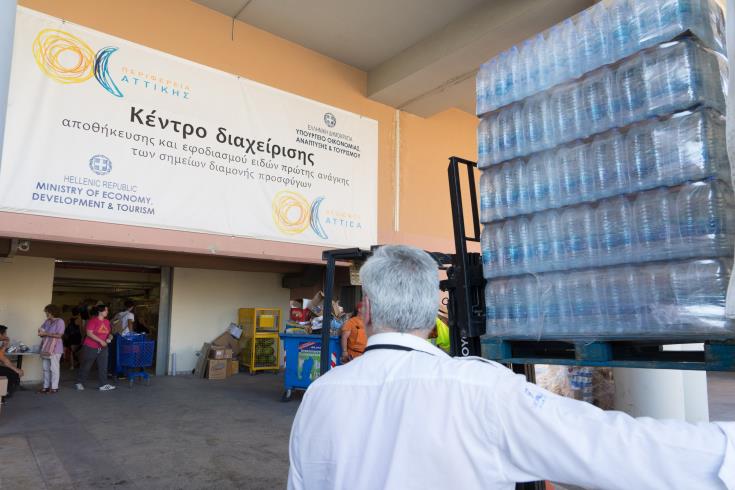 Commissioner for Volunteerism and Non-Governmental Organisations Yannis Yiannakis has handed over to the Co-ordinating Centre of the Attica region in Greece and the Deputy Prefect for South Athens Christos Kapatais the humanitarian aid collected by Cypriots to support the victims of the wildfire that hit Greece this week.

Commissioner Yiannakis, who was accompanied by the Ambassador of Cyprus to Greece Kyriakos Kenevezos, conveyed to Kapatais a message of the President of the Republic Nicos Anastasiades that the government and people of Cyprus are standing by Greece and its people doing everything they can to deliver practical solidarity to those in need.

The government has deposited in a special account 10 million euro to help the effort for reconstruction and appealed to people and businesses to add to this amount.

The fires have killed more than 88 people and injured more than 190, Greek officials announced, while dozens are missing. Over 1,000 houses have been totally destroyed by the fire.

By In Cyprus
Previous articleForeign Minister: We may be going through the most critical period in the history of Cyprus’ negotiations
Next articleTrump threatens U.S. government shutdown over immigration