Cyprus highly values the work of the International Law Commission-Mavroyiannis 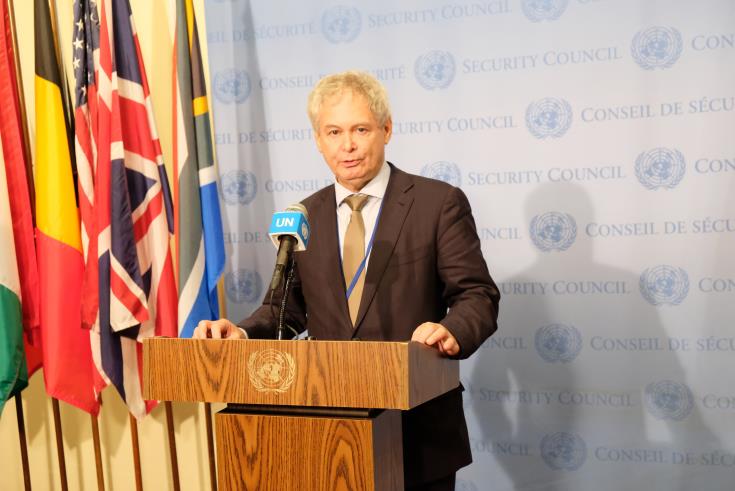 Cyprus highly values the work of the International Law Commission (ILC), its Permanent Representative to the UN Andreas Mavroyiannis has said.

And Nicosia acknowledges that the development of general international law during the past 70 years has, to a great extent, been achieved directly or indirectly as a result of the Commission’s efforts.

Mavroyiannis was addressing the “Report of the International Law Commission on the work of its seventy-second session” at the Sixth Committee of the UN General Assembly in New York earlier this week.

“We believe that the programme of the Commission for the next decade can be enriched with new topical issues of international law, as well as with innovative working methods that would ensure the fulfilment of the Commission’s mandate in all circumstances,” he said.

“Furthermore, we believe that the ILC can do more in the field of clarification of the definition and scope of important concepts, pertaining to customary international law and/ or enshrined in treaties,” he added.

Mavroyiannis, who is a candidate for election to the Commission for the period 2022-2026, also thanked the current ILC members for their commitment and efforts.

He then called upon them to continue their important work in order to complete consideration of the topics on the programme of work for the seventy-second and seventy-third sessions that are at an advanced stage.

“The goal of the Commission’s work is to contribute to the legal certainty and the rule of law at the international level, such as in the case of the international law of the sea and the delimitation of maritime zones, the international protection of human rights, and the process for better clarification of the framework and criteria for the registration of instruments under Article 102 of the UN Charter, as my delegation suggested in this Committee a few days ago,” he concluded.