Cyprus has smoother operation of schools during pandemic than EU average 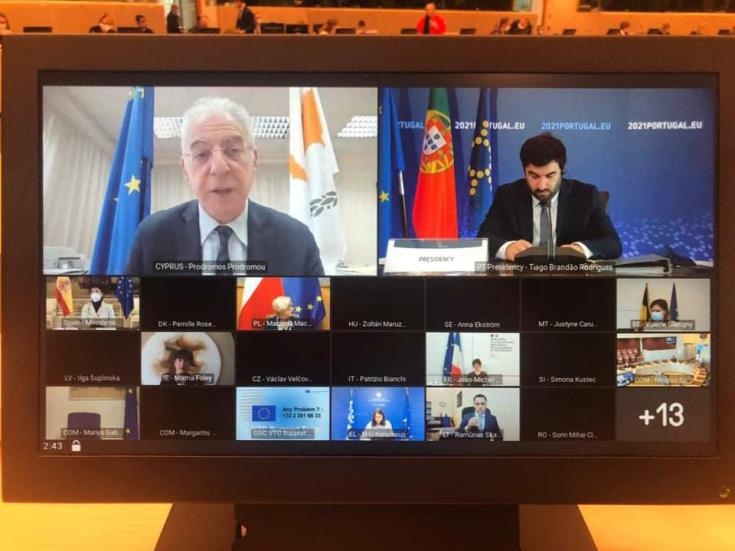 Minister of Education Prodromos Prodromou said that thanks to good management during the pandemic, Cyprus is among the EU countries with the lowest interruption of schooling with physical presence.

In statements at the Ministry, Prodromou referred to the informal Council of Ministers of Education of the EU countries, saying that after a proposal by the current Presidency of the Council of the EU (Portugal) they exchanged views on education in this difficult time of the pandemic and discussed in particular issues of inclusive education and equal opportunities.

He said that he talked about the efforts made in Cyprus for distance education and the development of digital means as well as about the procedures aiming to identify any needs in time and plan improvement actions. He went on to say that they also discussed measures to facilitate access to higher education for students from socio-economically vulnerable groups.

Prodromou said that all EU countries are dealing with similar problems and said that compared to the other countries, Cyprus is among the states with the lowest interruption of schooling with physical presence thanks to good management. It is obvious, he added, that Cyprus managed much better than the EU average to have a smooth operation of schools.

By gavriella
Previous articleCyprus, Germany amend Convention for Avoidance of Double Taxation
Next articleCase of Bishop Neophytos to be settled with out of court fine