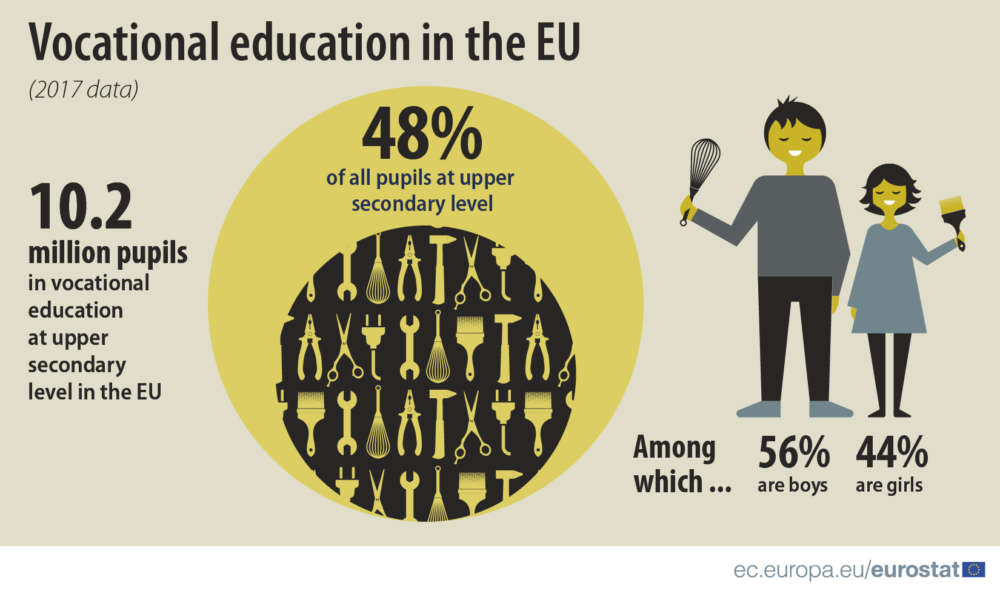 Cyprus ranked second from the bottom is the percentage of upper secondary pupils in vocational education, according to figures issues by Eurostat on Monday.

In 2017, 21.4 million pupils were studying at upper secondary level in the European Union (EU), out of which more than 10.2 million (or 48%) were enrolled in vocational education.

Such programmes may have work-based components (e.g. apprenticeships, dual-system education programmes). Successful completion of such programmes leads to labour market-relevant, vocational qualifications acknowledged as occupationally oriented by the relevant national authorities and/or the labour market.

Vocational education at upper secondary level was somewhat dominated by males, who accounted for 56% of pupils studying this type of programme. 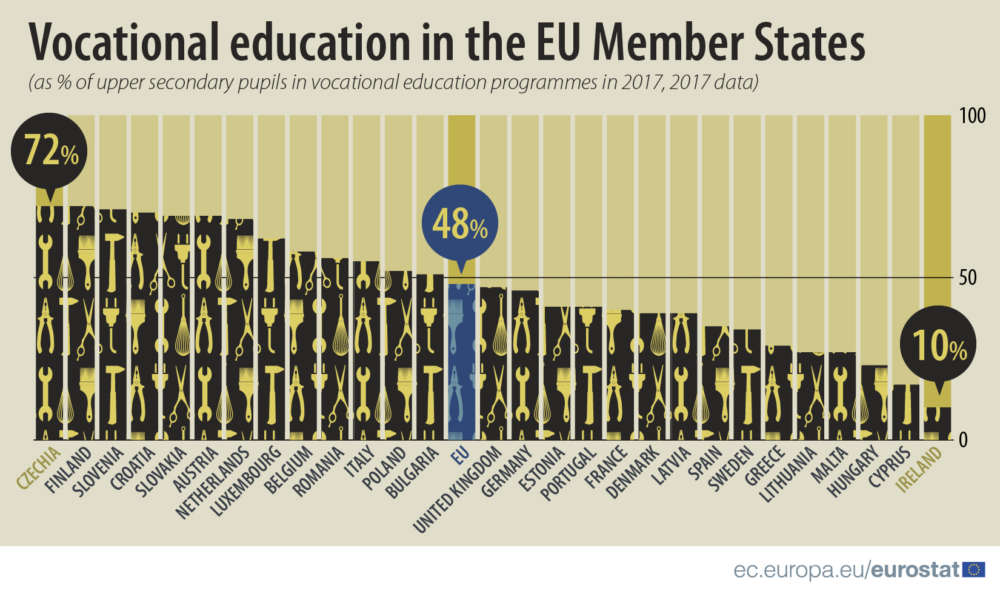 In thirteen EU Member States, more than half of all upper secondary pupils studied vocational programmes in 2017. Czechia and Finland registered the highest proportion of pupils at upper secondary level enrolled in vocational education (both 72%), ahead of Slovenia (71%), Croatia (70%), Austria and Slovakia (both 69%), and the Netherlands (68%).

The source dataset can be found here and here.